How Meat-Eating is Killing the Environment 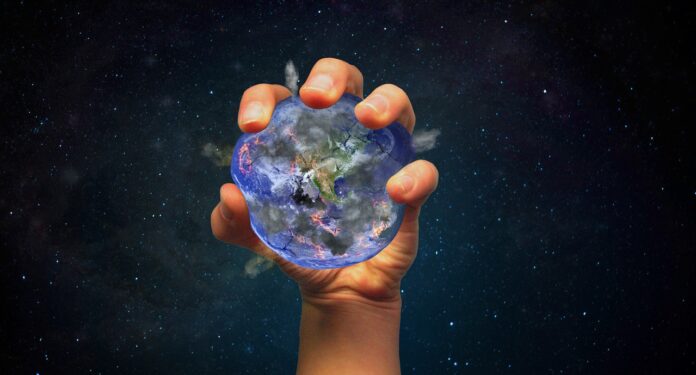 Meat-eating is a pivotal part of our culture. From the uncivilised caveman to the modern fine dining culture, meat is everywhere. Meat facts presented by the United Nations state that global meat consumption has increased 76% by the mid-century, in which the contribution of beef is 69%, pork 42%, and poultry has simply doubled. This growth has had serious ramifications on our environment.

With the increase in the demand for meat, the pressure on the livestock industry has also increased. More land and water will be required to breed animals, and more trees will be cut down to construct factories; animal waste will be more dumped into rivers. Overall, meat has a negative impact on the climate and environment.

The Union of Concerned Scientists has stated that reduction in meat eating helps the environment tremendously because production of greenhouse gases is the major environmental impact of animal agriculture, especially cattle.

We know that meat-eating is bad for the environment but nobody considers it as their responsibility. People are also not willing to change their diet as taste becomes a major factor. However, several mock meat brands are trying to bring in products that resemble the taste and texture of meat.

In 2017, meat production in the US totalled 52 billion pounds, which is multiplying every year. Now, imagine how many natural resources get depleted to produce this gigantic amount of meat.

Here are a few meat and the environment facts that might serve as a reminder to stop our meat consumption:

Animal farming has a strong impact on the environment. Land and water degradation is just one aspect; the relationship between meat and environment runs way deeper. Animal raising for food has one of the biggest impacts on water pollution. The bacteria and pesticides present in animal flesh have catastrophic effects on the ecosystem. Furthermore, the animal raised for food produces numerous toxic gases such as ammonia and methane. Livestock farming contributes to 18% of greenhouse gases, which is more than collective transportation pollution. In the last 50 years, the fishing industry has expanded by 90%, which resulted in the extinction of 13 major species. Roughly, a person consumes 16 kilograms of fish in a year alone, which is destroying marine life pretty badly.

Meat production is very inefficient, especially when it comes to red meat. Cows have to consume 16 pounds of vegetation to produce one pound of flesh. More than half of the U.S. water goes into breeding animals for food. It takes 2500 gallons of water to produce a pound of meat, whereas one can easily grow a pound of wheat in only 25 gallons.

Not only water resources, animals are consuming our land too as around 30% of Earth’s land is under animal farming. Food, water and land are the most vital components of human survival, and when livestock is consuming them, it becomes a matter of concern.

Animals must be fed around 10 kilograms of grain to produce merely 1 kilogram of meat. The global cattle population consumes more food as compared to the entire human population on Earth. With the increased demand for foodgrains and limited supply, the market price is bound to go up, making it difficult for the poor to feed their families. If these grains were used to feed humans instead of animals, 3.5 billion more people can be fed. Reducing meat consumption has tremendous environmental benefits and one can interpret that animal farming isn’t just inefficient – it is also inequitable.

Animals Suffer Due to Meat Consumption

Not eating meat helps the environment – it’s true, but with your one meatless effort, you can show your compassion towards animals. Animals are also sentient creatures; they have needs and interests like us humans. But, when animals are raised just for meat and other products, they are mistreated by the livestock industry. PETA has uncovered many such horrendous activities inside poultry, cattle and pig farms. In short, commercial livestock farming causes animal suffering and damage to environment.

After going through the above facts, it becomes pristine clear that not eating meat helps the environment in multiple ways. From preserving natural resources to reducing the suffering of animals – it can help get rid of numerous negative impacts. If you want to save 8 million global lives by 2050 and avoid $1.5 trillion worth climate change, stop eating meat today!