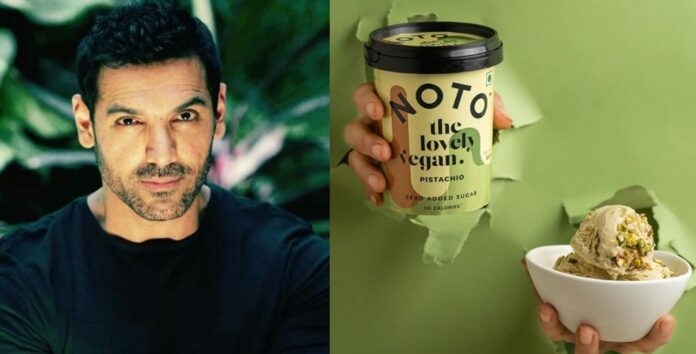 NOTO currently sells its products in Mumbai, Delhi and Bengaluru, but plans to enter other cities soon. The new range, however, is available only in Mumbai at present in 500ml tubs at Rs 395-495 via the company website.

Founded by couple Varun and Ashni Sheth in 2018, NOTO secured Rs 4 crore in pre-Series A round in August this year. The round saw participation from Bollywood actor John Abraham, Titan Capital, Rockstud Capital, and WEH Ventures, besides some angel investors.

According to the company, it will invest the newly-raised funds for geographical expansion, product development and hiring talent. The launch of vegan ice cream range is one of the biggest developments in the company since the funding.

Co-founder Ashni said in a statement, “This is our first launch in plant-based indulgence…. The new range has a creamy, dreamy texture with crunchy inclusions and luscious swirls that will leave you longing for more.”

NOTO is the latest entrant in the Indian plant-based ice cream space with biggies such as Baskin Robbins and Brooklyn Creamery already having made inroads. Several Indian brands such as, Nomou, Vegan Heart Ice Cream, Dittoo, and Hangyo also offer vegan ice creams, although their reach is limited to a few cities.