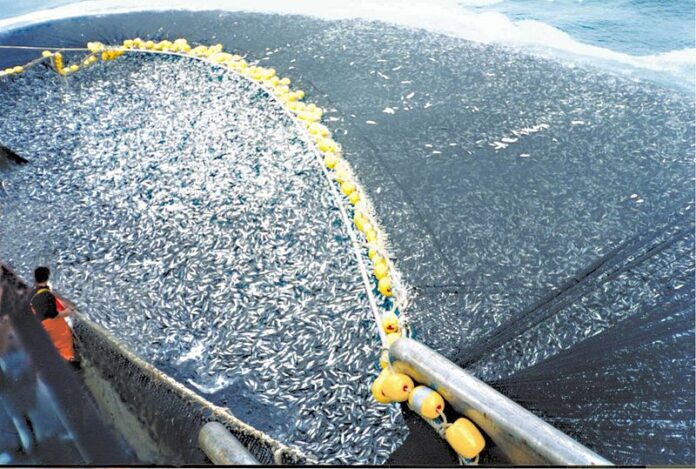 Oceans, the Earth’s large aquatic ecosystems, are home to some of the world’s most vibrant and beautiful species of fish, corals, aquatic mammals, and plants. While we appreciate the sight of azure waters that gleam in the sun, placid and expansive, we seldom ponder the threats that endanger the oceans and the life they shelter. Overfishing is one of them.

Simply put, overfishing is catching more fish than the ocean produces. Another concern of overfishing is its unsustainability as it causes an imbalance in the ocean ecosystems by removing key predators from the food chain, such as sharks, which often get trapped in the fishing nets as by-catch. The wiping out of even one type of predator from the aquatic ecosystem has drastic effects, which will be observed in the other components of oceanic biodiversity.

Sure, the seafood looks aesthetic on the plate, but does it also harbor an aesthetic truth? Maybe, you should think about this question next time you eat a tuna sandwich or a Hilsa cooked in mustard paste. Most importantly, what we need, is to critically analyze the effects of overfishing on our marine ecosystems, economies, and the communities that earn their livelihood through fishing.

What Lurks Beneath the Surface?

There is more to overfishing than what simply meets the eye. The modern and intensive techniques employed by corporations and fisheries to get more catch cause immense damage to the sea floors, especially when clams are mined or uprooted.

Overfishing is not only harmful to the oceans, but also to communities that depend on seafood for their fulfilling their protein and other nutritional requirements. If oceans run out of fish, what will they eat?

We have been taking the adage ‘There is plenty of fish in the sea’ too seriously. Decades of overfishing have led to a serious depletion in the number of fish species such as bluefin tuna and Grand Banks cod. A rapid action to reverse this mindless depletion is the need of the hour.

The Who, When, What and How of Overfishing

The motive behind commercial fishing is important to understand the effects of overfishing and the lead-up to it. In the 1990s, the serious depletion of fish stocks devastated Canada’s Grand Banks cod fisheries, resulting in mass unemployment for more than 400 coastal communities. There are myriad questions as we break down overfishing:-

Poor Management of Fisheries: Overfishing is mainly caused by poor management of fisheries and the laxity of governments and regimes to enforce a limit on fishing. Moreover, corporations and leading fish meal and fish oil (FMFO) industries use unsustainable fishing techniques that do not allow fish populations to replenish. Moreover, laws and regulations that limit exploitative fishing are axioms on paper, that lead to the ineffective management of marine ecosystems.

Unsustainable and Illegal Fishing Techniques: Fishing methods tend to catch juvenile fish and bycatch that are unintentionally caught with the target catch. FMFO industries were initially buying trash catch- fish that was not edible, but now, with their expansion and advancements, bycatch is bygone. Fishermen have begun going for a larger catch to generate more income. Some of the most popular techniques are bull-trawling and the use of artificial lights.

Illegal, unregulated, and unreported (IUU) fishing has dealt another low blow to fish populations in global waters. IUU fishing comes with the advantage of tax evasion and is relatively inexpensive, which is why it is preferred by countries and organizations that cannot afford costly vessels and have untrained personnel.

Excessive Human Consumption: Overfishing is a singular trap door leading to multiple problems, along with the depletion of big fish and their disappearance from the food chain. Human consumption of fish is the foremost cause of overfishing. Our demand for food is growing and so is the motivation of fisheries and corporations to fish more in order to yield short-term profits.

The Consequences of Overfishing and IUU Fishing

British filmmaker, Ali Tabrizi’s 2021 film Seaspiracy dwelled on the myriad effects of commercial fishing- which include the exploitation of sea vessels and worker exploitation in the Liberian fishing industry. It also took issue with marine ecosystem conservation organizations as they do not place much focus on the plastic waste generated from the use of fishing equipment such as nets and fishing gear. 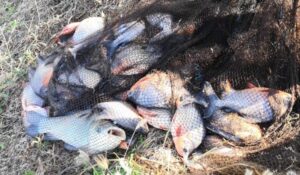 Overfishing usually targets juvenile fish and farmed fish that are fed corn or soy which impacts the concentration of good fats or omega 3 fatty acids. This means that overfishing will yield less healthy fish and at some point, no fish. Overfishing perpetuated by fish farms has also driven species such as anchovies and herrings to the brink of extinction. This evil is also tied with ethical concerns as fish also experience stress, anxiety, and asphyxiation as they are confined to small ponds on fish farms with no space to freely move around. Moreover, the depleting fish stock also means that fish cannot mate to reproduce and replenish the population, which can spell doom for them as well as aquatic ecosystems.

How Do We Stop?

Putting a stop to overfishing is inherent in our efforts to reduce our consumption of fish and develop an attitude of education, awareness, and conservation about the three pillars of oceanic biodiversity preservation – economic, ecological, and ethical.

Transition to Alternatives: Brands like Gardein and Good Catch offer a range of vegan fish alternatives that can help us transition to a plant-based diet and save fish populations from untimely and premature fishing, prompting their growth and replenishment. In India, some brands like Veggie Champ and Mister Veg offer vegan fish alternatives. Today, food technology has evolved to give us sustainable meat by culturing animal cells. Companies such as Shiok Meats, BlueNalu, and Avant Meats are a few pioneers in this space.

Quit Seafood and Reduce Wastage: A practical solution to overfishing is to learn more sustainable ways to cook and preserve fish and prevent food waste. Quitting or minimizing the consumption of seafood is the most practical alternative to tackle the threat of overfishing.

Educate, Relate and Support: Sensitizing the next generation about the harms of excessive and unethical fishing, along with supporting local communities who derive their livelihood from fishing is a good step towards arresting the rise of unsustainable fishing. You can also choose to support conservation initiatives in under-resourced habitats.

Pledging to conserve our ecosystems and biodiversity stems from mobilized community action and sincere commitment. In order to check overfishing and its excesses, we need to pledge to save our oceans both in letter and spirit.

About the author: Currently pursuing her master’s in Political Science from the University of Delhi, Pranav Rajput is an eclectic with a passion for the environment and community rights. A bibliophile and a poet who cannot do without her dose of lemon tea, Pranav is on the verge of becoming a crazy cat lady who loves her plants and solitude.