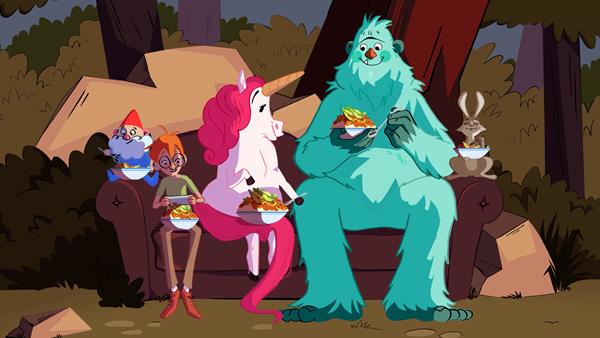 Veganuary, the global pledge to try vegan for 31 days in January, now has a new supporter – Bigfoot. In a video released by the organization, the mythical creature – voiced by Hollywood actor James Cromwell – was seen signing up to Veganuary to cut his carbon (Big)foot print.

The film shows Bigfoot living alone in the woods and hardly seen by anyone. He felt disconnected from the world and the scenes of climate crisis he saw on social media.

He realized the magnitude of the problem when his best friend Snowman melted to the ground and decided that he must do his part to save the planet. He immediately switches to a plant-based diet with the help of Veganuary.

Cromwell, who starred in Succession, Six Feet Under and the Christmas classic Babe, says: “Do the planet and yourself a favour. Take the Veganuary challenge. Make a difference with little or no effort.”

The cheeky, fun video premiered worldwide on December 27th, as Veganuary aims to reach two million participants this year, since its launch in 2014. The ambitious target is powered by massive growth in interest towards plant-based eating in India.

A 2019 study reported that 63% of Indians were keen to replace meat with plant-based options. Additionally, there is a growing realization that a vegan diet has multiple benefits. Almost half of the Veganuary 2021 participants said they did it for the animals. 22% participated for personal health and 21% for the environment.

India had the third highest Veganuary participants in 2021, with Bengaluru the top city in the country. Euromonitor International has noted that the ongoing pandemic has exposed the health, safety, and supply chain vulnerabilities of animal meat and that Indian companies selling vegan products are seeing a 40-60% jump in demand since the onset of the pandemic. The Good Food Institute India projects that over the next five to seven years, the smart protein market in India may touch $1 billion. 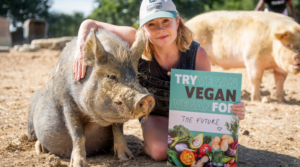 Veganuary India head, Prashanth Vishwanath, says: “Bigfoot may be mythical, but the need for urgent climate action is real. Changing our diets is crucial for this – and taking part in Veganuary is the perfect place to start!”

More than 582,000 people from 209 countries and territories officially took part in Veganuary in 2021, and this year is set to be even bigger as the campaign has officially launched in India for 2022. With campaign hubs now in the UK, US, Germany, Argentina, Chile, Brazil and India, Veganuary is truly a global phenomenon.

Veganuary is free to join, and people can sign-up at (https://veganuary.com/en-in/?swcfpc=1) to receive 31 daily emails tailored to the Indian audience, packed with nutritional info, delicious recipes, easy meal plans and helpful advice.