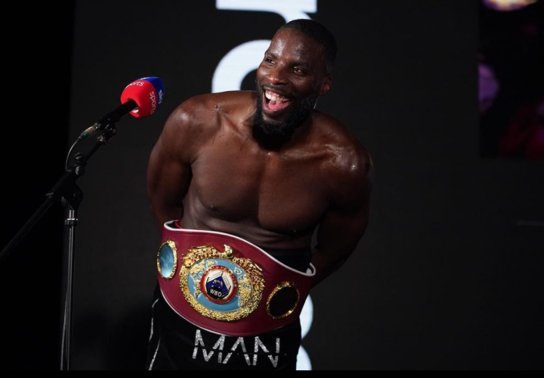 British professional boxer Lawrence Okolie became the first vegan to win World Boxing Organization’s (WBO) cruiserweight world title by defeating Polish rival Krzysztof Glowacki. After dramatically knocking out Glowacki in the sixth round at The SSE Arena in Wembley, Okolie described the win as a ‘highlight of his career’.

The 28-year-old boxer already holds several British, Commonwealth, and European titles. In a report featured on World Boxing News, Okolie said, “I switched because I have a few friends who are vegan. They told me my energy levels would increase, so I tried it for one month. After that first month, I never looked back.”

“Training is going amazing. I’ve never eaten meat as a professional athlete, but I’ve done it both ways as an athlete and I prefer the plant-based approach. I would recommend this lifestyle to fighters who want to find increased energy levels and an easier time maintaining weight,” he added.

The athlete who has faced belittling, bullying, and ridicule for weight issues during his teenage years hopes he can be an inspiration to people, help bust myths associated with eating vegan, and show to others that “if you have belief and dedication, anything is possible”.