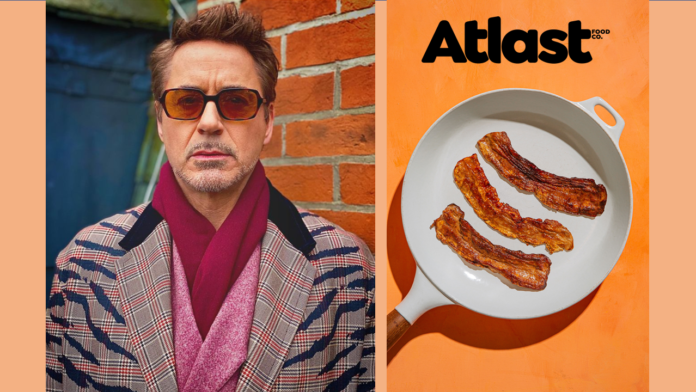 Atlast Food Co., a US-based food tech company that uses mycelium to create meat alternatives, has raised an investment of $40 million in Series A funding. Viking Global Investors led the round with participation from 40 North, AiiM Partners, Senator Investment Group, Stray Dog Capital, and others. FootPrint Coalition Ventures, founded by Hollywood megastar Robert Downey Jr., also participated in the funding. The actor launched the company in early 2021 to accelerate groundbreaking technologies that are addressing the world’s largest environmental challenges. Also joining the funding round were the leaders and founders of food and CPG companies, including Applegate, Stonyfield, and Whole Foods.

According to the company, this funding will be used to further develop and supply whole cut plant-based meat to partners around the globe, including directly to consumers through its own brand MyEats. It will give a push to Atlast and MyEats by supporting the construction of the world’s largest Aerial Mycelium farm.

Stephen Lomnes, President of Atlast Food Co, said in a press statement, “This investment will allow us to meet the incredible demand we’ve felt for our product. We are building the largest mycelium production facility in the U.S. to provide consumers nationwide with a tastier alternative to their favorite animal proteins.”

Commenting on the investment, Robert Downey Jr., known best for his role as Iron Man in the Avengers series, said, “If you love bacon and the planet, Atlast has created a six-ingredient solution for enjoying one without harming the other. Atlast has a great team, a strong business plan and the full (undying) support of my Kunekune pigs, Ladybug and Pops.”

The company aims to develop plant-based whole cut meats to fill the gap in the market as the majority of alternative meats sold today are in grounded form and extruded analogues of their animal counterparts. Due to this, a few of them offer the experience, texture and flavour profile of whole-cut meats. Atlast is partnering with the pioneers of mycelium technology, Ecovative, to expand its current production capacity and supply plant-based meats that can be flavoured to give consumers a better experience.

MyEats’ first product is a plant-based bacon that offers all the taste, crunch and sizzle of pork bacon, but is made from just six ingredients, says the company. It is already working with major brands to supply its plant-based bacon product at commercial scale.