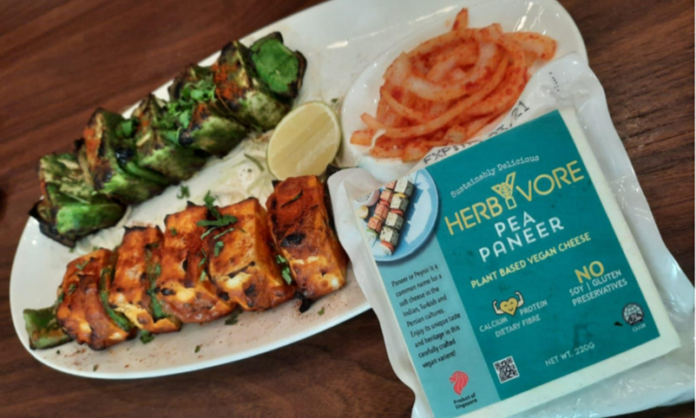 Singapore-based food and agricommodities multinational Agrocorp today announced the launch of its plant-based foods brand called HerbYvore. The first product to be launched under the brand is Pea Paneer, which was unveiled at a tasting event held at Rang Mahal restaurant in Singapore today.

The company is also planning to launch HerbYvore in the Indian market through its distribution and sales channels within the next 2-3 months. In information shared with The Vegan Indians, Vishal Vijay, Agrocorp’s Director of Strategic Investments, said, “We already have another FMCG brand in India for processed dals, which is Sansar, and have built out the distribution and sales channels to launch HerbYvore and its products there. We are currently finalising our contract manufacturer in India which will allow us to manufacture locally.”

“HerbYvore is a concept that we are very excited about, especially going by the initial feedback and following that Pea Paneer has been getting. The pea paneer is a fantastic replacement for dairy paneer in terms of taste and texture, and due to its stronger nutritional profile and sustainability factors, we expect it to do well in cities such as Delhi-NCR, Mumbai and Bangalore.” 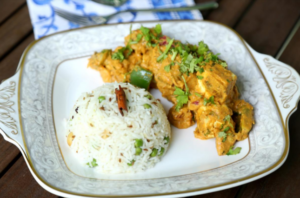 According to a company release, the product was developed as part of an ongoing research collaboration that the company has with the Singapore Institute of Technology to explore the properties of various plant-based proteins and harnessing them to craft innovative and sustainable food products.

Agrocorp also plans to launch HerbYvore in other markets such as Canada, Australia and the US, where the company has a presence and the demand for vegan and sustainable foods is strong. The launch of HerbYvore is a “pillar of overall strategy of the company which is to become a market leader in the plant protein and sustainable foods space where it is already a market leader in the trade of protein rich legumes such as peas, lentils and chickpeas.”