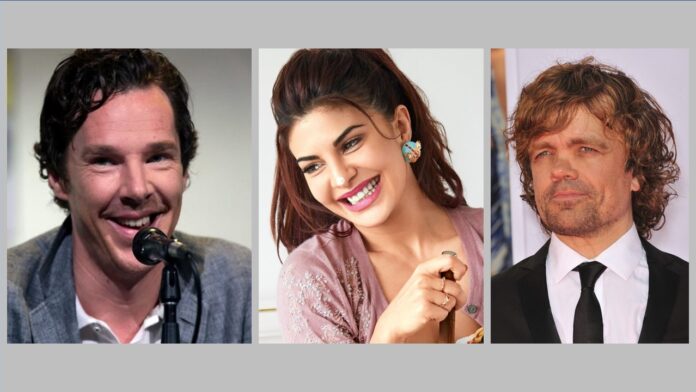 Veganism is on the rise across the world with a 600% increase cited between 2014 and 2019. It is a way of living that prohibits the consumption of animal food and products such as meat, eggs, dairy and supports a plant-based diet. Even celebrities have started adopting this compassionate lifestyle. Whether it’s for an ethical, health-related, moral or environmental reason, vegan celebrities have been very vocal about the benefits of veganism.

Veganism is being promoted by scores of vegan actors, sportspersons, artists, musicians and authors. Celebrities are advocating animal rights by encouraging people globally to follow veganism and shun all forms of animal exploitation, be it for food or clothing. Several distinguished personalities have voiced their concern to protect animals and adopt a vegan life.

Here is a list of vegan celebrities who will inspire you to embrace veganism:

The nation’s favourite cricket player Virat Kohli broke all bounds and converted to veganism recently due to health issues. Due to an excess of uric acid from dairy and meat, his stomach started pulling calcium from his bones, rendering them weak. Completely off dairy and non-vegetarian, Virat says turning vegan and eating plant-based food was the best decision of his life.

Bollywood actress Jacqueline Fernandez is a proud vegan and had bagged the title of ‘Woman of the Year 2014’ by PETA. Her love for organic food and animals turned her into a vegan for life. She believes in eating a wholesome, healthy and clean diet. Against animal cruelty, she works actively in the field of animal welfare.

Bollywood actor Aamir Khan’s favourite foods before turning vegan in 2015 were fish, chicken, eggs and milk. Following in her wife’s footsteps, Aamir let go of all non-vegetarian and dairy products after his wife showed him a video of 15 fatal diseases which can be prevented by adopting a simple diet change.

A former lover of seafood and curd, Sonam Kapoor was a hardcore vegetarian in the Kapoor family. But she had a change of heart a few years ago during a weight loss spree. She claims that her love for animals also keeps animal skins out of her handbag line under her brand Rheson. From vegan tomato soup to quinoa garlic bread, Sonam often cooks her food. PETA named her ‘India’s Person of the Year for 2018’ for promoting animal welfare.

No celebrity has been more vocal about animal rights than Joaquin Phoenix. He broke the internet with his Oscar speech and later made headlines with his rescue of a cow and its calf. A vegan since age three, he is definitely a vegan and animal activist for life.

Here comes the vegan Avenger! British actor Benedict Cumberbatch from the fame of Marvel’s ‘Doctor Strange’ and BBC’s detective series ‘Sherlock’, is a proud vegan. A superhero on reel, and a real life hero for animals, PETA adorned him with the title of ‘Most Beautiful Vegan’ in 2018. Not only did he impress the world with his no animal diet but he also graced the cover of British GQ magazine sporting vegan boots and a vegan suit.

Renowned actress Natalie Portman turned vegan in 2009 after reading Jonathan Foer’s book “Eating Animals.” Sharing her passion for veganism, she even narrated the 2018 documentary of the same book. She stated that the belief that dairy and eggs come from cows and chickens is wrong, rather they are produced by ‘female cows and female chickens.’ For her, it is an exploitation of female animals and their magic to create eggs and milk.

Peter Dinklage might sit through chaotic bloodshed in his show ‘Game of Thrones’ but not in real life! He has been a vegan since childhood and supports the gospel of compassion. Dinklage believes that by buying eggs, meat and dairy products, one is paying for cruelty. He has swapped all meat products with tofu for his protein supplements. Peter is associated with ‘Farm Sanctuary’, an American animal protection organisation. He also narrated ‘Face Your Food’, a documentary advocating a vegan diet.

The ‘Thank You, Next’ singer Ariana Grande has been vegan since 2013 and proudly flaunts it. For her, love for animals is superior to her affection for people. She eats organic produce and orders veggies, fruits and salads when she dines out. She is a staunch believer that consuming a plant-based, whole food diet can expand one’s life length and make one a happier person.

Five-time Formula 1 world champion Lewis Hamilton adopted veganism in 2017 owing to environmental reasons. In an interview with BBC, he expressed that the world is already crumbling down from the pollution of cars and factories and he does not want more pollution generation from cows due to methane emissions.