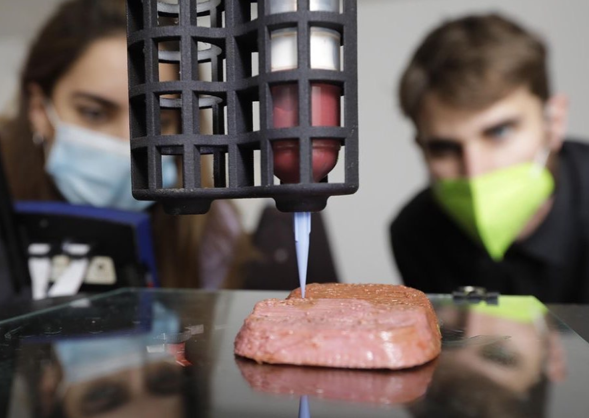 In an interview with Reuters, Alexandre Campos, Business Development Manager, Novameat, said that the company uses 3D technology to test recipes, introducing ingredients through capsules because it is a cheaper process than mass-producing.

After achieving a desired product, the company could produce on a larger scale in bigger machines not using 3D technology, manufacturing up to 500 kg of fake meat per hour, he added.

The Barcelona-based startup aims to replicate the fibrous texture of animal meat by using 100% plant-based ingredients. The company also said it was producing the fake meat for environmental reasons.

“(We seek to) replace animal meat for something that is better for the planet, ourselves and animals,” Campos said.