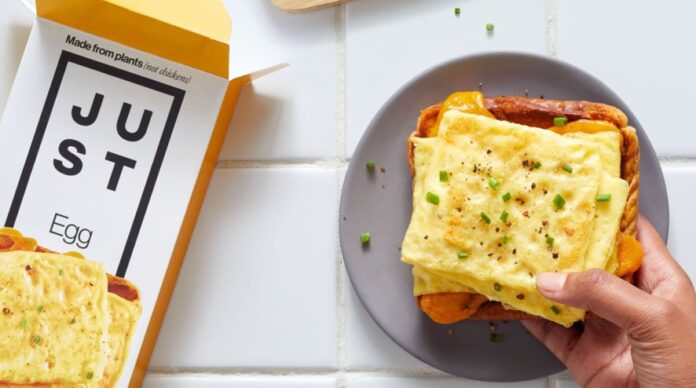 Announcing a revision of its earlier estimated IPO valuation, alternative protein company Eat Just told Forbes that it is targeting “at least” $3 billion in valuation now.

In October last year, Bloomberg reported that Eat Just is working with an advisor to raise “at least $200 million in a transaction that may value the company at $2 billion or more.”

The IPO is likely to take place towards the end of 2021 or early next year.

Josh Tetrick, Cofounder and CEO, Eat Just, revealed that the company is “definitely getting closer” to a public listing with its key milestones in terms of operating profitability and scale, in place.

Based in California, Eat Just is one of the pioneers in the plant-based egg segment, and is also the first company in the world to commercialise cell-based meat with its separate division ‘Good Meat’.

Till date, Eat Just has secured a total of $440 million, of which $200 million was raised recently in a funding round led by the Qatar Investment Authority.

Tetrick told the magazine it is currently valued “north of $1 billion”. He anticipates the U.S. regulatory hurdle for selling cultivated meat “will be cleared within the next six to 12 months”. He also said he expects China to follow suit as Eat Just is already selling its plant-based eggs through local fast-food chain Dicos.

The company is now focused on expanding its team, technology and manufacturing infrastructure to scale up cell-based meat production. It aims to expand in North America in the future.

“Cultivated meat will eventually be boring, because it’ll be the meat everybody eats,” Tetrick added.