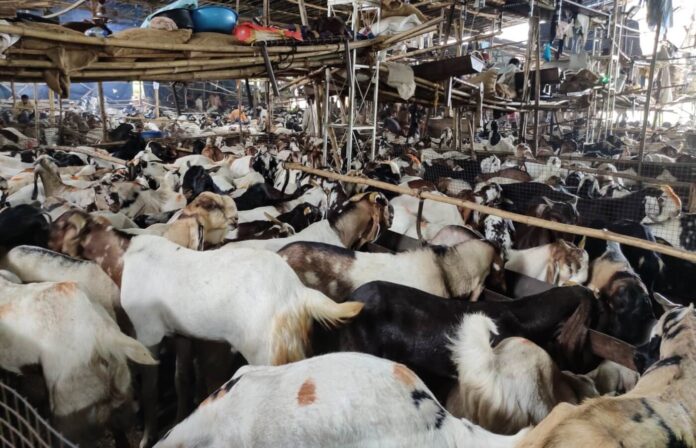 The Animal Welfare Board of India (AWBI), the central government statutory body, has issued a new advisory to all states and union territories urging authorities to stop the illegal treatment of animals in the lead up to Eid al-Adha. This follows an appeal made by People for the Ethical Treatment of Animals (PETA) India.

“All religions call for compassion, and adherence to animal protection laws is simply everyone’s civic duty,” says PETA India Advocacy Associate Farhat Ul Ain. “PETA India asks that all celebrations be held in ways that are kind to animals. Many Muslim PETA India supporters, like me, observe Eid by distributing money, clothing, or vegan food or in other ways that don’t involve animal sacrifice.”

In its advisory, the AWBI states that the Transport Animals Rules, 1978, which prescribe the number of animals who can be transported in a vehicle, are commonly violated and that large numbers of animals are expected to be transported for Eid.

The advisory also refers to the Prevention of Cruelty to Animals (Slaughter House) Rules, 2001, which state that “no person shall slaughter any animal within a municipal area except in a slaughter house recognized or licensed by the concerned authority empowered under the law for the time being in force to do so.”

Further, it says that camels are not permitted to be killed under the Food Safety and Standards Authority of India’s regulation.

The circular refers to the 2014 judgment of the Supreme Court that directed all the agencies and instrumentalities of the state, including law enforcement authorities, to uphold animal protection laws. The AWBI also referred to its earlier advisory, dated 30 May 2022, to state governments regarding regulatory compliance for slaughterhouses and meat shops.

Under the Prevention of Cruelty to Animals (Slaughter House) Rules, 2001, and the Food Safety and Standards (Licensing and Registration of Food Businesses) Regulations, 2011, the slaughter of animals for food is permissible only in a registered or licensed slaughterhouse. Sites commonly used for the slaughter or sacrifice of animals are neither registered to kill them nor equipped with species-specific stunning facilities, which are mandatory under the law to reduce pain and suffering.

PETA India has appealed to Minister of Animal Husbandry, Fisheries and Dairy Parshottam Rupala for the deletion of Section 28 of The Prevention of Cruelty to Animals Act, 1960. Animals killed for sacrifice, who are also often eaten, are denied the basic legislative protections other animals used for food are offered – Section 28 states, “Nothing contained in this Act shall render it an offence to kill any animal in a manner required by the religion of any community.”