Bullfighting: A Deplorable Crime, Not a Sport 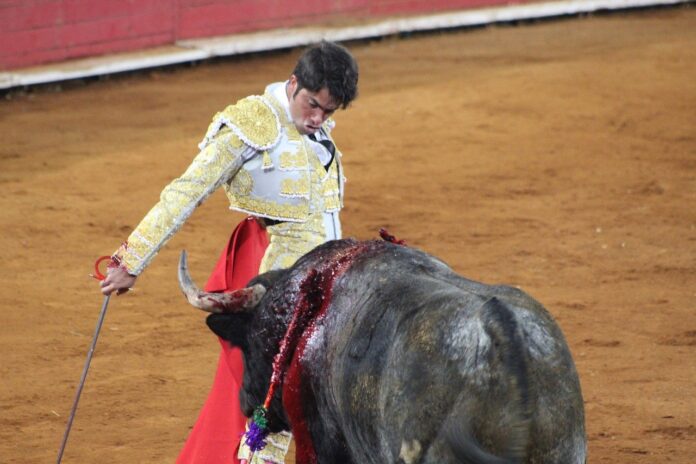 Yet another Mexican state – Sinaloa – has banned bullfighting categorising it as animal cruelty. The step has been taken considering the sentiments of Mexican people who want a nationwide ban on bullfighting. As per a survey by Parametria (a polling agency in Mexico), around 73% Mexicans are in favor of a ban of this cruel sport.

Few other Mexican states, namely Sonarro, Guerrero, Coahuila, and Quintana Roo have also banned bullfighting completely. Article 4 of the Mexican Constitution promotes respect and care towards all animals. The move to ban bullfighting is well aligned with the constitution and the values of the Mexican people.

There are many places in the world where bullfighting still takes place, but with several variations. The most well-known form of bullfighting is Spanish-style bullfighting, practiced in Spain, Portugal, Southern France, Mexico, Colombia, Ecuador, Venezuela, and Peru. Traditionally known as corrida de toros, it begins with a bull entering the arena where it is lured by the matador and banderilleros (flagmen) with a capote (“cape”). 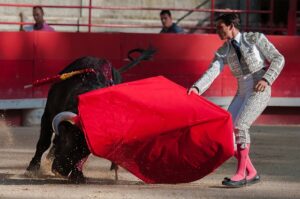 In the next stage, picadors (assistants to the matador) arrive on horses and stab the bull’s neck and back, ensuring that significant blood is lost. After that, banderilleros walk into the arena and stab the bull with harpoons. This totally weakens the bulls and the banderilleros run him in circles until he gets unsteady and stops chasing them.

Towards the end, when the animal is almost dying, the matador appears with a sword and injures the bull by jabbing it in the bull’s aorta. If it fails to do much damage to the animal, he uses a dagger to cut the bull’s spinal cord. Sometimes, the bull’s ears and tail are cut off and presented as trophies to the matador. The paralyzed bull is then dragged out and another bull enters the arena.

In Spain, the bullfighting season goes from spring to autumn every year. It has also been noted that the bulls that are sent to the bullfighting arenas are the ones that also suffer immensely when they are forced to run the streets of Pamplona, Spain, the scene which was also portrayed by Zoya Akhtar in the hit Hindi film ‘Zindagi Na Milegi Dobara’. The famous run with the bulls, which is seen as part of the festivities by the spectators, can however be very dangerous for the animals. 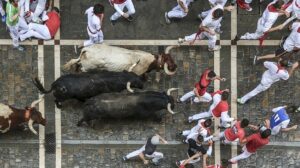 Animal rights activists have been campaigning for a ban on bullfighting around the world because they think that such a sport has no place in a modern society. Bullfighting not only hurts bulls but also the horses that are used to run after these bulls in circles. This can very quickly exhaust the horses and they can be seriously injured or even killed by the angered bulls who just want to protect themselves.

The extent to which these animals are hurt is almost sadistic. Spectators do not consider them as sentient creatures but as tools for entertainment. A human profiting off an animal in any manner is not justified. This also raises a major question: can a sense of culture and historical rituals or “festivities” alone provide enough justification to morally excuse us from what we do to these animals? Does it not feel like a crime?