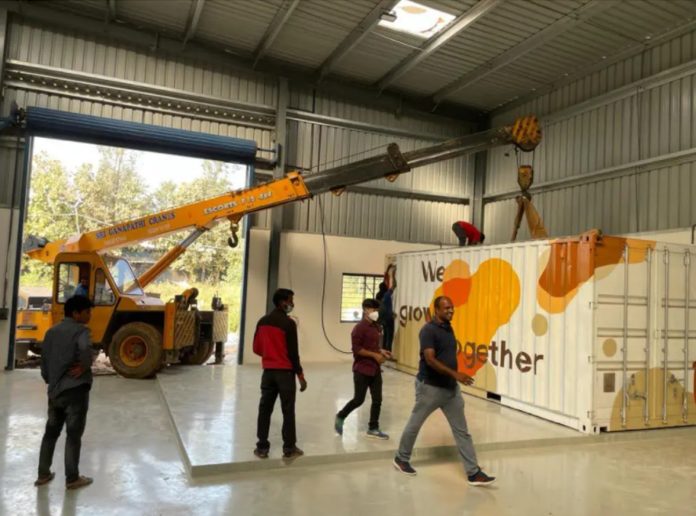 Netherlands-based plant-based meat company Schouten Europe recently launched Tempeh Today in Bangalore. The company has announced that it will produce protein-rich tempeh in high-tech Small Fermentation Units (SFUs), with an aim to implement at least 100 SFUs over the next five years in this rapidly growing region.

With Tempeh Today, Schouten will offer 800 Indian workers employment for the coming years. Additionally, 2,000 local soybean farmers can receive an income by supplying soybeans to the local SFU. The farmers are being trained to get the land yield and the quality of the soybeans as high as possible and to produce them sustainably. Tempeh Today hopes to eventually produce a total of 10,000 tonnes of tempeh a year in order to give the Indian diet a healthy and sustainable protein boost, said the company release.

The Tempeh Today concept will be rolled out across India in the coming years. Schouten hopes to have at least 100 SFUs in operation by 2025. Individual SFUs are monitored from the Netherlands to ensure standardised production, consistent quality and food safety. Local employees in and around SFUs are responsible for the operational side of the business, according to a company press release.

From the SFU, the tempeh will be locally distributed to a radius of just over six miles. Each SFU also has its own freezer. The energy it requires will come from solar panels. 60% of the tempeh will be frozen and transported to a central location for storage and packaging for supermarkets, the catering industry or the food industry. The remaining 40% of the tempeh will be used in meals for school children. To make this innovative concept a success, Schouten is working together with various Dutch and Indian parties. The company says through Tempeh Today, it aims to reduce the protein deficit amongst the Indian population.

In 1990, Henk Schouten was the first Dutchman to start developing and producing meat substitutes based on vegetable proteins. Schouten Europe B.V., a family business based in Giessen, Noord-Brabant, has grown into an important player in the market for plant-based protein products. With the step to Tempeh Today, Schouten confirms its role as a pioneer and innovator in the field of vegetable protein.

Tempeh is an ancient vegetable protein source based on soy and made by fermenting soybeans. The process occurs through the influence of a fungus (Rhizopus oligosporus), which binds the soybeans into a whole. Tempeh absorbs other flavours well, making it an excellent ingredient for many different dishes. Tempeh is completely plant-based, contains about 22 grams of protein per 100 grams and is rich in B vitamins, iron, minerals and fibre. Tempeh can also be made with other types of beans or chickpeas.