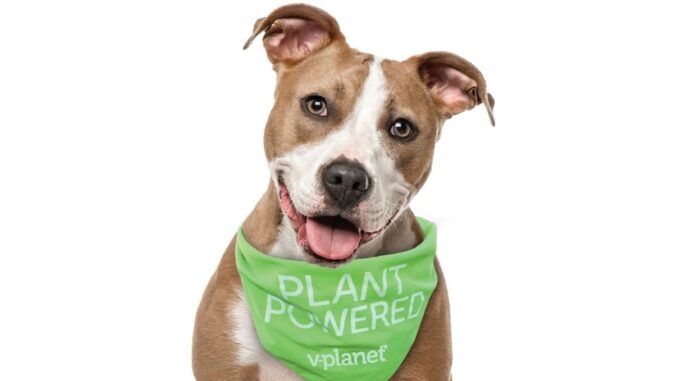 V-planet, the world’s leading vegan dog food brand by San Francisco-based company V-dog, is all set to enter Indian market in March. The brand will be launched in the country by Anything Vegan India, a distributor and online retailer of vegan products, and the authorised distributor for V-planet in Australia, New Zealand and India. The initial focus of the brand will be on major metros and tier-two cities.

In a conversation with The Vegan Indians, Aanand Rai, Founder, Anything Vegan India, said, “For the launch, we will be getting the complete V-planet Kibble range – Regular and Mini Bites Kibble – to India. The BreathBones will follow at a later stage. The products are expected to land in India at the end of March 2021 and will be available for sale by early April on our website. We are keen to set up a distribution partnership in different states and look forward to working with like-minded people who share our vision and values.”

On why he feels Indian market is a perfect fit for V-planet, Aanand opined, “India has a history of respecting and treating all animals kindly and has the largest number of vegetarians in the world. There is also a growing awareness on veganism and the ill-effects of factory farming. Given a choice, Indians, just like Americans, Australians, New Zealanders and many other nationalities, will choose cruelty-free and vegan dog food for their fur babies. There is a huge untapped demand for vegan dog food in India; it is just a matter of education and creating awareness on its availability.”

V-dog has been one of the pioneers in vegan dog food segment and already has a strong customer base spanning several countries. The company was established by the Late Dave Middlesworth, who envisioned a world where his two rescue dogs could thrive without harming other animals. In 2005, his dream became a reality and V-dog was born.

According to Aanand, “V-planet products are vegan, ethically sourced, hypoallergenic and do not contain wheat, corn or soy. The brand is very popular amongst dog owners, with its products consumed by thousands of dogs around the world. As distributors for V-planet in Australia and New Zealand, where we have had huge success, we believe that Indians too should have the option to select a cruelty-free and healthy dog food, which is good for their fur babies, other sentient beings and the planet.” 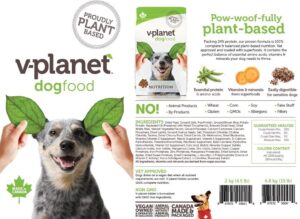 But isn’t it ethically wrong to force veganism on dogs? Aanand says, not really! “Dogs, unlike wolves are omnivores, they are not obligate carnivores. Dogs have evolved alongside humans, and are capable of digesting carbohydrates and starch. There are several studies that have proven this. Researcher Erik Axelsson and his colleagues at Uppsala University in Sweden discovered that dogs have anywhere from four to 30 copies of a gene, AMY2B, that allows them to digest starchy (plant-based) foods. Wolves typically only have two copies. The duplication of this gene in dogs dates back at least 5,000 to 7,000 years, according to paleontological data. These findings indicate that dogs adapted to relatively starch-rich diets early in their domestication.”

“The V-planet range of dog food is a scientifically designed cruelty-free dog food that fulfills a dog’s complete nutritional requirements. V-dog USA has thousands of testimonials displaying how dogs have benefitted from this food that is made from human grade ingredients. Dogs love the taste, plus, it contains no antibiotics or growth hormones, and is good for your dog and the planet. So, feeding your dog V-planet is actually the ethical choice, not the contrary,” he added.

Aanand is confident that V-planet will do exceedingly well in India and looks forward to getting more international vegan brands to India.