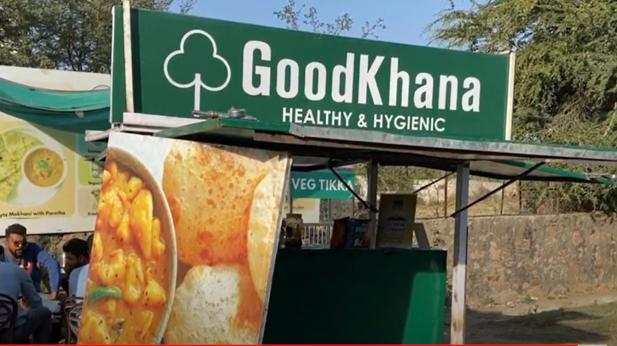 GoodDO, an off-shoot of India’s leading plant-based meat company Good Dot, has added another feather to its cap by taking plant-based protein to the grassroot level. The Udaipur-based company has rolled out street side stalls or dhabas at atleast two locations in the Rajasthan city – Siphon Circle and Shobhagpura.

The announcement was made by the company through its social media page. The post mentions “GoodKhana by GoodDO – Taking plant based food right down to the street level. The future of eating out is affordable & plant based.”

The video post featured roadside stalls at the two locations selling items such as Samosa Pao, Aloo Poori, Veg Biryani, Veg Bytz Curry, Haryali Tikka, Desi Curry Combo, amongst several others. The company mentions that the items are priced between ₹5 and ₹70, to keep “healthy and hygienic food within everyone’s reach.”

According to several studies, over 75% Indians have protein deficiency due to a lack of awareness and consumption of imbalanced diet, leading to poor muscle health. This move by GoodDo and Good Dot is a commendable attempt to make alternative protein accessible to everyone at a reasonable price.