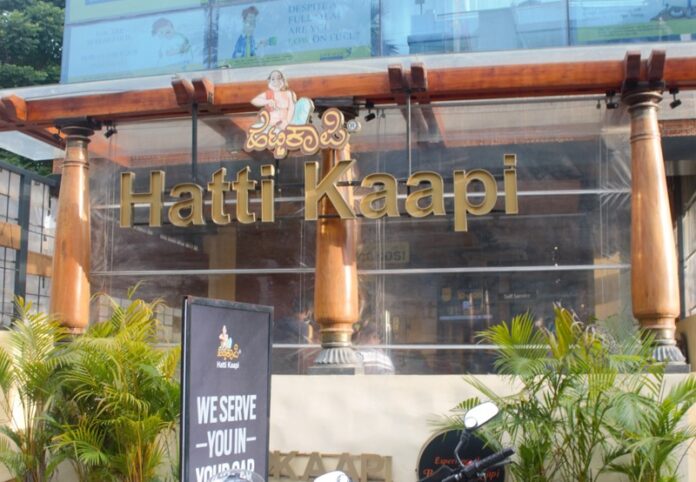 The brand currently has 115 stores and is planning to expand their retail footprint to over 200 stores.

Hatti Kaapi partnered with Oatey, an Indian oatmilk startup, to introduce an oatmilk-based range of vegan filter coffee and masala chai at their highly popular Indiranagar outlet and the newly-launched outlet inside the Bangalore Club.

The brand plans to add vegan versions to the menus of their other outlets too.

Promotive Health and Nutrition’s founder Dr. Vidya is an adviser to Hatti Kaapi for all their plant-based initiatives, including launch of new beverages and snacks.

According to a statement by Oatey, customers were seen enjoying the vegan filter coffee more than their regular dairy-based filter coffees, which the company says “is a pleasant surprise”.

Being oatmilk-based, the new offerings are sustainable, have a low ecological footprint, dairy free, heart-friendly & free from any hormones or preservatives.

Recently, Oatey also announced its collaboration with Milano to launch oatmilk-based vegan ice creams at the latter’s Indiranagar outlet, and the same will soon be available at other Bengaluru outlets too.

Oatey was founded by Ankush Jamadagni, an alumnus of NIT Surat and TISS Mumbai; Prashant Chauhan, a sales professional with over two decades of experience; while the name of the third co-founder is under wraps and the company prefers to amusingly address him as “He-Who-Must-Not-Be-Named” just like the Dark Lord from Harry Potter.