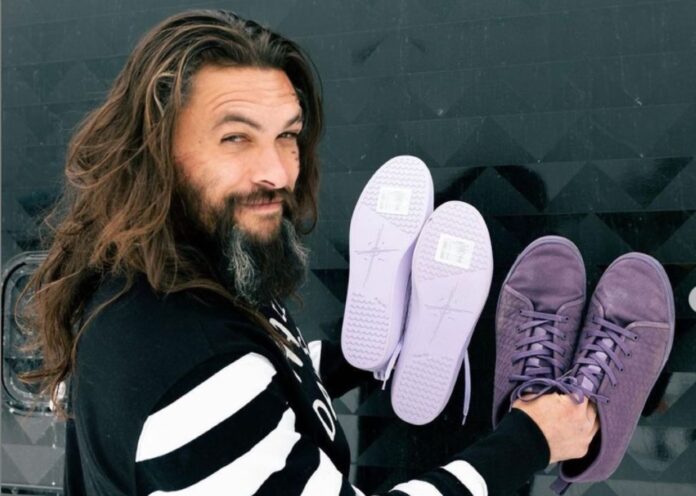 Hollywood actor Jason Momoa of Aquaman fame recently launched two limited edition vegan shoes as part of his collaboration with the climbing apparel brand So iLL. According to the actor’s social media feed, the new sneakers are a part of the So iLL x On the Roam collection, and are made of a variety of sustainable materials.

He wrote in his post, “A new way to roam. We’re introducing two new limited edition models as part of the So iLL x On The Roam Collection, by Jason Momoa. The Unity Purple and Yaya Lavender Roamers feature an organic cotton upper, @bloomfoam algae insoles with a top layer of cork, and biodegradable outsoles. We’re all in this together.”

Jason Momoa’s sneakers are made of canvas and biodegradable outsoles, while the insoles are made of cork and algae. The algae used in So iLL x On the Roam collection shoes is supplied by Bloom, a company that turns harmful algae blooms into sustainable materials. Algae bloom occurs when there is a rapid increase in algae population in aquatic ecosystems. It is a result of an abundance of phosphorus and nitrogen in an area, usually caused by runoff of nutrients from the land. These blooms toxic to the environment, lead to discolouration of water, and also deplete water’s oxygen levels, preventing sunlight from reaching fish and plants living under the water.

The actor, who wooed the audience with the portrayal of his character Khal Drogo in Game of Thrones, is an active advocate for environment. He has time and again taken to various platforms to raise awareness around plastic pollution and animal rights.