In the era of CGI and animatronics, the use of real animals in film making is not required. However, this practice continues even as several filmmakers face charges of animal abuse for causing suffering or death of animals during shoots.

In another such incident, a horse allegedly died due to a head-on collision during the shooting of the film Ponniyin Selvan, a Tamil epic drama directed and co-produced by Mani Ratnam.

The complaint was made by a whistle-blower to People for the Ethical Treatment of Animals (PETA) India, which in turn reported the incident to the Animal Welfare Board of India (AWBI).

AWBI called on the district collector of Hyderabad and the Telangana State Animal Welfare Board to conduct an enquiry into the death. The AWBI is the prescribed authority under The Prevention of Cruelty to Animals (PCA) Act, 1960, which authorises the use of animals in films.

The AWBI also asked officials to ensure that the culprits receive “exemplary punishment” so that such crimes do not happen in the future.

The Abdullapurmet police also registered a First Information Report (FIR) against the management of Madras Talkies and the owner of the horse under Section 11 of the PCA Act, 1960, and Section 429 of the Indian Penal Code, 1860.

The owner is reported to have allowed producers of the film to keep using horses who were tired and dehydrated.

“In the age of computer-generated imagery (CGI), production companies have no excuse for forcing exhausted horses to play at war until one of them drops dead,” says PETA India Chief Advocacy Officer Khushboo Gupta.

“Compassionate, forward-thinking filmmakers would never dream of hauling sensitive animals to a chaotic movie set and forcing them to ‘act’. PETA India is calling on director Shri Mani Ratnam to cut the cruelty and switch to modern and humane CGI and other visual-effects technology.”

Horses’ Horror: Do Equestrian Events Have a Place in Modern Sports?

PETA India is offering a reward of Rs 25,000 for a video or photograph of the incident in which the horse died, which may help lead to the culprits’ arrests. Such evidence should be shared with PETA India at Info@petaindia.org.

Animals do not consent to being used in the entertainment industry and are typically separated from their mothers as infants, beaten or starved during training, forced to perform confusing or dangerous tricks, chained or kept in intense confinement when not used, and subjected to the chaos of film and television studios.

The government body, AWBI formed a statutory body to check the exploitation of wild animals in the entertainment industry. The nine-member Performing Animal Sub-Committee (PASC), however, allegedly failed to do the task assigned to it.

In 2018, a complaint filed by an animal welfare activist with the office of the Chief Justice of India alleged that PASC is “giving a free run to filmmakers” for cruelty towards animals.

Gauri Maulekhi, a trustee with People for Animals, said the PASC is “blatantly violating laws in its functioning”. 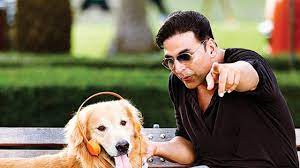 “A mere perusal of the recorded minutes of the PASC meetings shows the utter frivolousness with which they are treating their mandate.”

Lok Sabha MP, animal activist and the PFA head Meneka Gandhi also cited “serious irregularties” taking place at the meetings of PASC, which amount to violations of the Prevention of Cruelty to Animals Act 1960 and more.

She also cited an instance on a Bengali TV serial ‘Prothom Protisruti’, when PASC reportedly allowed use of a goat to portray a scene involving animal sacrifice.

Although there is a ban on showcasing five species of animals – tiger, monkey, lion, bear and panther/leopard – in films, it still continues without any checks.