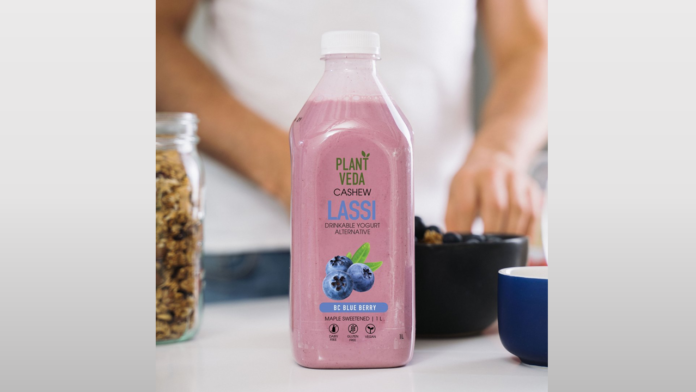 The Vancouver startup is known for creating unique plant-based milks and beverages that are a first of their kind. The company has developed cashew creamer and cashew milks with unique ingredients such as pistachio and saffron.

Plant Veda was founded by couple Vanita and Sunny Gurnani who moved to Vancouver in 2019. It focuses on not only creating alternatives to dairy but also making it better than the original in taste and health benefits.

The company says its newly-launched vegan lassi is creamier than real dairy, and this product has bagged awards such as VegExpo’s Product of the Year 2019 award and “Clean Choice Award” by Cleaneating Magazine in 2021.

“What we decided to do is create a revolutionary product that’s a healthy blend of multiple ingredients that doesn’t just taste nice but is all-natural and provides total nutritional value,” said Plant Veda President Michael Yang in a company release.

The cashew lassi boasts a high 10 billion live probiotics per cup to promote a healthy gut. Knowing that 70% of the immune system is housed in the gut, Plant Veda ensures the level of probiotics in their drinks surpasses expectations, according to the release.

The product is sweetened with natural maple syrup, and is available in Alphonso Mango, Blueberry, Strawberry, Saffron Cardamom and Turmeric Ginger flavours.