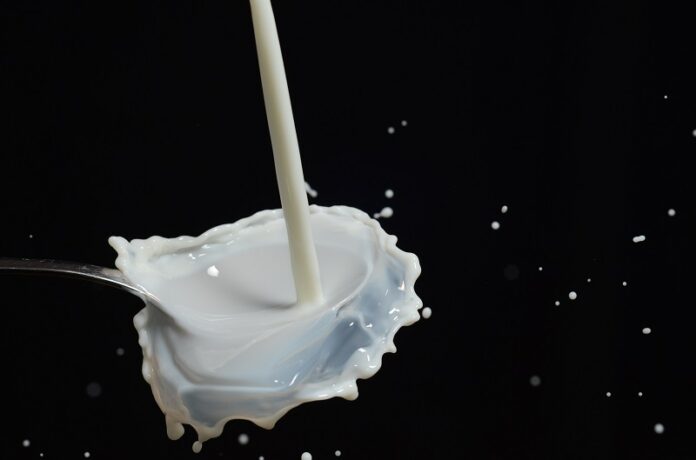 Dairy milk alternatives have been witnessing a rapid growth in India over the last couple of years. This can be attributed to rising consumer awareness on their innate health benefits and the growing inclination of consumers towards plant-based diets. A slow and steady growth of veganism in India has also contributed to the demand for plant-based milk.

The Indian dairy alternative market stood at $20.9 million in 2018 and is projected to grow at a CAGR of 20.7% to reach $63.9 million by 2024. It is obvious that this growth will eat into the share of dairy segment as more and more consumers replace their dairy consumption with plant-based milk. This sudden rise in demand has made dairy producers wary and the recent news regarding Amul slamming companies selling plant-based milk variants proves the point. According to various news reports, RS Sodhi, Managing Director of Amul had said, “We have requested the FSSAI to instruct these product manufacturers and importers to remove the word ‘milk’ from the labelling and also refrain from using this dairy term in any communication, because it is in violation of the prevailing regulations.”

On Amul’s insistence, the Food Safety and Standards Authority of India (FSSAI) had issued a draft notification in August last year to prevent the use of the term ‘milk’ for such plant-based products.

Is Banning the Term ‘Milk’ Necessary?

Ashna Goel, Founder & Managing Director of MilkinOats, an exclusive oat-based products brand, feels that replacing the term milk with any other term will entirely change the perception of Indian consumers. She says, “In India, a majority of people are not aware of dairy-free or vegan alternatives, and if usage of the term ‘milk’ is banned, the sales of plant-based milk brands will be impacted drastically. For example, if we call our Barista’s Choice Oat Milk as Barista’s Choice Beverage or Drink, it will completely change the perception. Milk is considered as a very important part of Indian dietary habits and if we change the term to something else, people will not use it as their morning drink or will never give it to their children.”

“Moreover, secretions from any plant have been called milk since ages. Then what is the problem now?” she asks.

According to Clive D’Souza, Founder of online vegan marketplace Vvegano, “Soy, almond, and coconut milks have existed for centuries and they have never confused the consumer in terms of whether they contain dairy or not. Then why do we expect the consumer to suddenly get confused between dairy and plant-based alternatives? Families associate nutrition with the word milk, and hence, it is important to continue with existing labels and not call them ‘juice’ or anything else. If the labels are changed, people wanting to move away from dairy would need to do extra research on the plant-based alternatives existing in the market, which in fact, would create more confusion. This is simply a strategy by dairy lobbyists to ensure that the plant-based sector does not grow any further.”

“The dairy and meat industries have lobbied governments, media and even education for years globally, and this is exactly what is happening today in Europe, and now in India too. Unfortunately, the dairy industry is too powerful and there is a lot of sentiment involved for the common man, and most importantly, the demand is huge and it is only increasing by the day.” 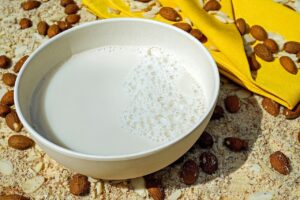 Echoing Clive’s views, Ashna says, “Dairy industry contributes to the economy of every country in a big way and government committees have senior representatives of dairy companies as members. I do feel that the dairy lobby is playing a key role in influencing the government because they see it as a huge threat. I read a recent report that UK dairy farmers’ profits have dropped by 50% in one year due to the growth of plant-based milks. In India, the segment is still very small but maybe the dairy companies know that something similar can happen here. They are trying to take precautions before things get out of hand.”

Mukund Parmar, Proprietor at Emkay Food Products, raises a very valid point. He opines, “Government should make rules to create clarity for consumers, rather than confusion. When we say that a milk is made from soy or almond, we are directly telling the consumer that this is not dairy milk. It is a very simple and clear way of informing consumer about the product and does not create any confusion.”

Citing the problem he faced with regards to labelling of his Emkay plant-based ghee, Mukund says, “There is a rule that a product can be called ghee or clarified butter only if it is made from milk. If it is made from hydrogenation process, then it can be called vanaspati. Now, the problem is that if a ghee is made from plant ingredients, then what should we call it? Our ghee is blended with oils, and as per guidelines, we have to call it interesterified veg fat. But people don’t know what does it mean, and if they search on Google, they will find a definition that says that this process involves use of chemicals. But here, we are not using any chemicals! This is just misleading consumers. If we write dairyfree ghee, it will make things clear for the customer. But we are not being allowed to do that.”

According to Mukund, if the new rule comes, milk producers will also have to face the same problem he is facing with his ghee today.

“The vegan community is growing in India. We know that the government always promotes emerging sectors, but why is it trying to restrict ours? We are growth-oriented people, and veganism is good for health, environment, and animals. Why is the government trying to stop people from consuming healthier foods? Our Constitution says everyone should get equal opportunities and by making such rules, it is going against it” he adds.

Shankar Narayan, Founder President, Satvik Vegan Society, is of the view that milk is a very general term and is normally used with a prefix. “If a milk is coming from a cow, it is called cow milk, and similar terms are used for camel milk, goat milk or coconut milk. The prefix is very important in milk as the term is itself is very general. From our perspective, the plant-based companies are doing the right thing by adding prefix to their milk. If there is a prefix, there would be no confusion. Dairy industry does not use prefixes normally because they mix cow and buffalo milks. Otherwise, in traditional Indian system, we call it cow’s milk or buffalo milk. I think we should let it be that way and not try to change it as we have been living like that from so many years.”

Clive gives three suggestions on the road ahead. “Firstly, the word ‘milk’ should be allowed for all plant-based alternatives along with a Vegan logo and proper labelling with all ingredients. Once this is done, the consumer is smart enough to decide. Secondly, stores should also keep plant-based milks in the same section as dairy milks, with a Vegan label to segregate that section, and thirdly, just like the dairy industry receives numerous subsidies from the governments, plant-based manufacturers too should get them as they will help boost agriculture and farmers’ income in India.”

According to Ashna, one solution to this problem is that either industry should not pull the other down to grow their own. She says, “Plant-based milk industry should not call dairy milk bad, while calling their own better; that way, there will be healthy competition between the two.”

Mukund says, “Government should identify a new category – vegan – besides the already existing vegetarian and non-vegetarian. The Government rules should be targeted at giving clarity about the products, rather than creating confusion. If we write soy beverage or soy drink, there will be even more confusion. Terms such as vegan, dairy free and plant based should be allowed.”

Since most companies market their plant-based milks by adding prefixes or by clearly mentioning in several ways that it is not dairy milk, the pressure by dairy lobby seems to be in bad taste. With nations taking serious steps to mitigate the effects of climate change and optimise water usage, the growth of plant-based brands must be encouraged. The FSSAI should make regulations that benefit all industries, and not stifle the growth of any, especially at a time when consumer demand across the world is shifting towards plant-based foods.