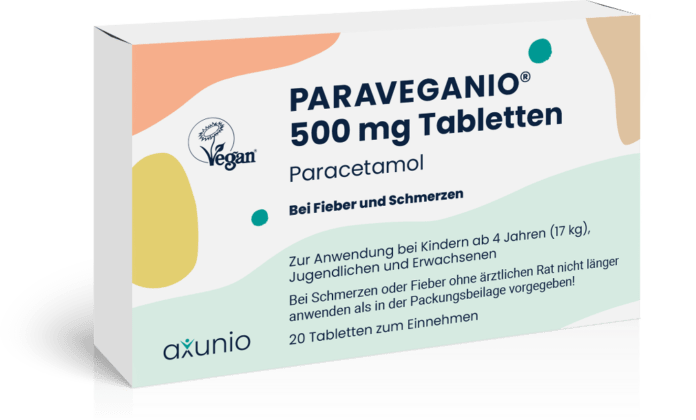 Paraveganio has become the first medicinal product in the world to be registered with The Vegan Society’s Vegan Trademark.

Paracetamol tablets usually contain the flow regulator magnesium stearate. This is a salt of stearic acid and magnesium – which can be of animal origin. With Paraveganio, by axunio, consumers are guaranteed a vegan painkiller with magnesium stearate – taken from pure vegetable origin.

Just like non-vegan paracetamol, Paraveganio can help fight fever as well as mild to moderate pain. The active ingredient affects the temperature control centre in the human brain, to help reduce high temperatures and fever.

Julia von Horsten, Product and Business Development Manager at axunio, said: “We couldn’t be prouder to be bringing the world’s first vegan certified drug to the market. Of course, to have it certified by The Vegan Society’s Vegan Trademark – the gold-standard in vegan labelling – makes it that much more special too. Many people are surprised to hear that the majority of medications, including over-the-counter products such as paracetamol, contain animal derivatives or have been tested on animals. We know there’s a gap in the market for a vegan certified paracetamol and are so delighted to be able to offer our product to consumers.”

Currently, around 75% of the most commonly prescribed medicines in the UK contain animal-derived products. For years, The Vegan Society has called for more action to protect vegan rights when it comes to taking medicines. The initiators of the campaign Make More Medicines Vegan asked the Government to start using existing animal-free alternatives to prescription products with animal-based ingredients. A further aim is to bring animal-free medicinal products to the attention of the society and medical professionals so that vegan patients are comprehensively advised on animal-free options by their physician.

The campaign, which launched in 2017, also asked for manufacturers to improve labelling, to include ingredients of animal origin, similar to the labelling of food.

While Paraveganio tablets are currently only available in Germany, axunio have plans to expand to other markets.