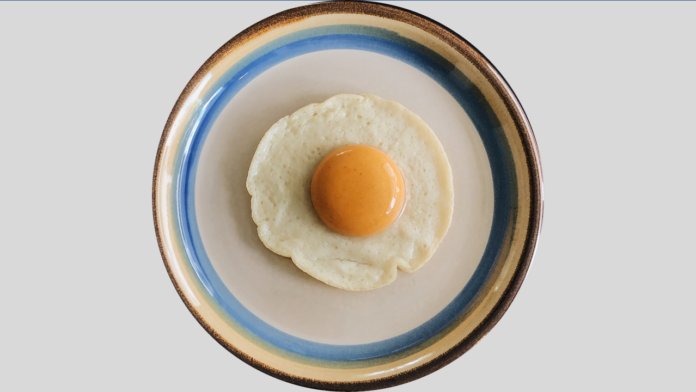 Singapore-based foodtech startup, Float Foods has announced that it has raised a seed fund of US$1.7 million in a round led by Insignia Ventures Partners and DSG Consumer Partners.

According to the company, the newly raised capital will be used to accelerate research and development, as well as facilitate the commercial launch of OnlyEg, a plant-based whole egg substitute created using proprietary technology developed by Float Foods.

OnlyEg, a legume-based egg that will be sold as two distinct components, will act as a substitute for both egg yolk and egg white. These components can be cooked individually or together in a variety of egg preparations such as sunny side-up, overeasy or soft boiled. Float Foods claims that OnlyEg is “among the first-of-its-kind to achieve a level of likeness to a real chicken egg. The closest alternatives in the market are currently liquid blends of egg substitutes that are made into scrambled eggs and omelettes.”

OnlyEg is currently in the research and development stage and is expected to hit the shelves in Singapore by 2022. Besides Singapore, the company will now look at expanding in other markets such as India, China, and Indonesia.

“The capital and insights from our unique mix of strategic partners allow us to start planning our roadmap for regional expansion after Singapore and start making inroads to key markets such as China, India, and Indonesia,” said Vinita Choolani, founder and CEO of Float Foods, in a press statement.

The plant-based egg market is picking up pace around the world and some brands have already commercialised their products. Some of the most notable names in this segment are Californian company Eat Just, India’s Evo Foods and Plantmade, as well as Singapore-based OsomeFood.

OsomeFood has successfully developed a whole hard-boiled egg from fungal mycoprotein through fermentation process. The company claims that the egg resembles the taste and look of a chicken egg.

The growth in this segment can be estimated by the recent announcement made by Eat Just in which it declared that it has sold the equivalent of 100 million eggs since its debut in 2018.