Trump Rejected Veganism Due to Concerns About Losing His Brain Cells 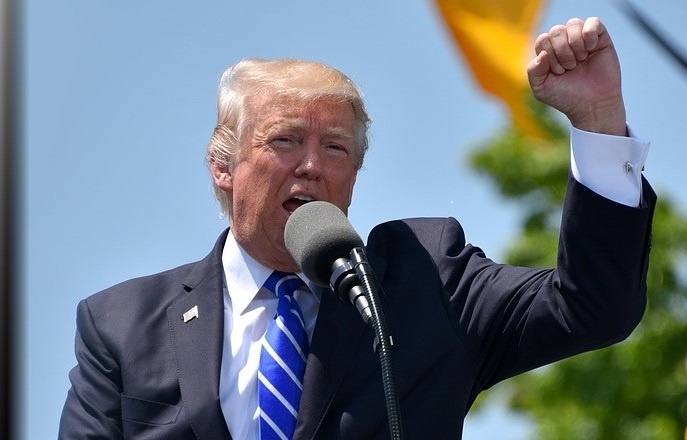 In her upcoming biography, former White House press secretary Stephanie Grisham reveals that Former President Donald Trump had told her that he would never go vegan as it “messes with your body chemistry”.

This conversation between Grisham and Trump followed 9-year-old vegan activist Ethan, challenging Trump to shun all animal products for a month to raise funds for a charity. This happened in 2019. If Trump adopted a plant-based diet for 30 days, the non-profit group Million Dollar Vegan would have donated $1 million to a charity of Trump’s choice.

Grisham, in her book “I’ll Take Your Questions Now”, published in Politico Magazine, wrote that she had asked Trump whether he would go vegan to raise money for a worthy cause. He immediately turned down the idea and said, “It messes with your body chemistry, your brain. And if I lose even one brain cell, we’re f*cked.”

Trump also told her that it is not because of his love of meat that he wouldn’t go vegan, but his mental acuity.

Going vegetarian or vegan has been proven to have several health benefits, and there is not much evidence to suggest it leads to loss of brain cells.

In a joint statement, neurologists Ayesha and Dean Sherzai, Alzheimer’s-prevention specialists at Loma Linda University in California, said, “There is plenty of scientific evidence that a planned plant-based diet is the healthiest diet for the brain and longevity, and populations that have adhered to it have lower risks of a spectrum of brain diseases such as Alzheimer’s disease, vascular dementia, stroke and others. They also have better processing, memory and decision-making capacity.”

Talking on this new revelation by Grisham, Naomi Hallum, CEO of Million Dollar Vegan, said, “We know the former President loves hotdogs, cheeseburgers, and buckets of fried chicken, but his body most definitely does not.”

Research has found that those who consume processed and red meat carry a higher risk of health complications including, diabetes, heart attacks, strokes, dementia, and cancer.

“Trump thinks eating more plant-based whole foods, such as wholegrains, fruits and vegetables, in lieu of Big Macs for 30 days is going to ‘mess with his brain’ is bizarre and completely misinformed,” Hallum continued. “In fact, the opposite is far more likely.”