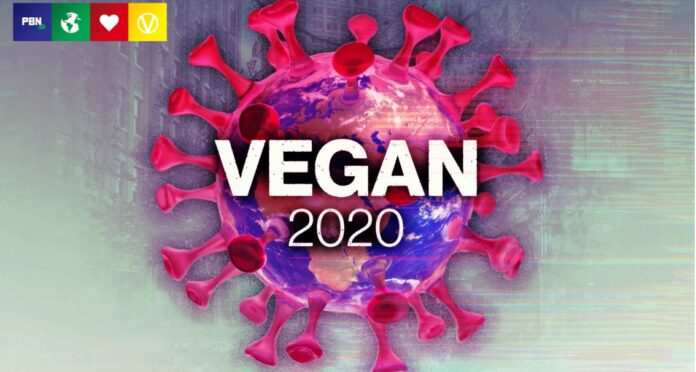 The much-awaited feature film by Plant Based News ‘Vegan 2020’ has been released on YouTube. The free to watch film focuses on all major crises of this year and shows how every crisis is somehow linked to animal agriculture and factory farming.

Vegan 2020 begins by drawing our attention to the Wuhan virus, which we now know as the Coronavirus, and its origin at a Chinese meat market. It tells how Dr. Li Wenliang in December 2019 alerted his fellow physicians about a growing cluster of pneumonia cases. In response, he was threatened and asked to stay quiet. Later, the doctor died of the same virus he was warning about. But by that time, the disease had already spread across several countries in the world. The film throws light on the connection of diseases such as MERS, SARS, swine flu, avian flu and Covid-19, with factory farming.

The film shows how factory farming leads to destruction of wildlife habitats and increases greenhouse gases emissions on an immense scale. The devastating out of season Australian wildfire has also been connected with animal agriculture.

The film highlights that the 2020 pandemic has finally made people conscious about the choices they are making. There has been a major rise in the popularity of plant-based foods. With several brands across the world launching plant based products, consumers now have more options to replace their meat and dairy intake. Also, an increasing number of sources now show the relation between prostrate cancer and intake of dairy, thereby, making people switch to healthier alternatives.

Vegan 2020 talks about superbugs, antibiotic resistance, controversy regarding the use of dairy and meat terminology for plant based foods, diabetes, and the ever-growing climate crisis. It shows how an increase in the number of documentaries and videos circulated across social media have made people realise how factory farming is the reason behind most crises affecting the world today.