Veganuary – A New Year Goal That You Can Actually Achieve 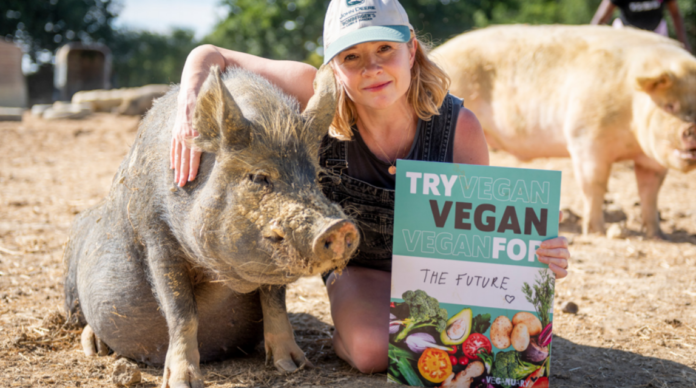 2020 gave us the new normal and also taught us how unpredictable life can be. It also made people aware of how modern day practices are not in sync with the environment we live in. One such practice is intensive animal agriculture or factory farming that follows an approach to maximise production, while minimising costs. This approach is extremely cruel to animals, who are treated as commodities throughout their short, miserable lives. This practice also makes animal farms a breeding ground for highly potent viruses and bacteria, an example of which is the novel Coronavirus that has put the world to a grinding halt. Simply put, if there was no animal rearing for dairy and meat, there wouldn’t be any more such pandemics.

The year has given us an opportunity to reflect on what we eat and why we eat. Is eating animals or using animal-derived products worth all the pain and torture? If the answer is no, there is a new year’s resolution one can make – Veganuary.

Started by a UK-based non profit organisation in 2014, Veganuary aims to encourage people to go vegan for the month of January. It means that those taking the pledge would consume only plant based foods throughout the month. The movement has received extraordinary response, and over one million people in 192 countries have tried Veganuary. According to Wikipedia, 4,00,000 people signed up for the 2020 campaign, representing the carbon dioxide equivalent of 4,50,000 flights and the lives of more than a million animals.

According to Veganuary, the team is going to expand its work in India in collaboration with certain groups here. An organisation called Vegan Samooh in India is also independently supporting the global Veganuary movement and has also partnered with several vegan brands ever since its launch.

When someone pledges to go vegan with the support of Veganuary, the team sends them 31 days of recipes, nutrition tips, meal plans, all free of cost. For 2021, they have created an exclusive Celebrity Cookbook that can be availed by signing up to the Veganuary challenge. Participants may sign up online and receive a downloadable “starter kit” and daily support emails. They’re offered an online “vegan starter kit” with restaurant guides, product directories, and a recipe database.

The upcoming Veganuary campaign launches on 1st December 2020. The highlight of 2021 campaign will be an online ad airing in the UK between Christmas and 1st January. It’s a video featuring one of TikTok’s biggest stars that encapsulates the essence of Veganuary. Also, new Veganuary campaigns will be launched in Argentina and Brazil in 2021.