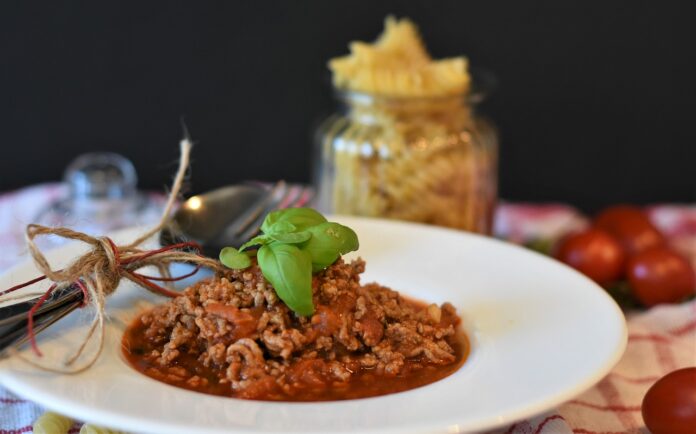 Cell based meat revolution has captured the imagination of governments and investors alike. It appears to be the next big thing in food technology and has already seen its first success in the form of a go ahead by the Singapore government to Eat Just for commercial roll out of its lab grown meat.

Back in India, things are also developing at a rapid pace and we have seen talks around cell based meat intensifying like never before. One company that is leading this race is Clear Meat which is ready with its first cell based meat product for the Indian market.

Founded by two scientists Dr Siddharth Manvati and Dr Pawan Dhar in 2018, the company was a result of an unexpected realisation by the duo during an alternative protein summit in Hyderabad.

Today, the company stands tall and has now filed a patent for their cell based meat technology that has the potential to disrupt the market by offering a cruelty free meat source, while also safeguarding the environment.

“We have filed a patent for our cell based meat technology and we are the first in the country to do so,” Dr. Manvati told The Vegan Indians. “The first product that we have created is minced chicken. We have done numerous pilot studies and minced chicken is the first to have passed those tests. It is currently in the stage of lab-to-industry transition. Besides minced chicken, we are also testing other cell types.”

The Idea Behind Clear Meat

With a background in biotechnology, both Dr Manvati and Dr Dhar had set up their first venture together in 2014 called ‘Foresight Biotech’. It was a drug discovery company built with an intention to bridge the gap between lab science and its market application. In 2018, Dr Dhar participated as a session panellist at an alternative protein summit in Hyderabad. Realising the potential of alternative protein market, the duo started thinking if they could do something in that domain.

“Though we were into drug discovery, the intention was always to find out solutions to either kill the cells, or to give them an environment where they could survive and flourish. Alternative protein, being a domain where we had to culture cells in a regulated format, coincided with what we were doing in drug discovery. A particular strategy that we were using in drug discovery was not giving us any dividends, but the same could be used perfectly in alternative protein segment; we could see the strategy will be promising,” said Dr. Manvati.

“Honestly, we were not into this because of the sustainability factor, but now we have realised the importance. That is how we became addicted to this domain, and in 2018, we exited from Foresight Biotech as founders and established a new company by the name of Clear Meat Pvt. Ltd.”

According to Dr Manvati, the company’s intention is to grow healthy cells in a lab environment that could be consumed safely by people, while also contributing to the environmental and sustainability factors.

Government’s View on Cell Based Meat

Clear Meat has been participating in several roundtable discussions held by both FSSAI (Food Safety and Standards Authority of India) and the Government of India. The company has received positive response from all stakeholders but there are some fundamental problems. Dr Manvati told us, “The Government of India is very forthcoming in supporting this particular domain. It is very positive about the approach and the intention to promote it. However, there is an issue. Around a year and a half back, we were told to bring our product so that it could be evaluated based on pre decided parameters, and we could get the licenses and permits accordingly. But cultured meat is a totally new and different domain, and India, being a non GMO (genetically modified organisms) country, has a different thought process and evaluation patterns. Our products are non GMO by nature but there are certain criteria and parameters which are our products do not match.”

However, Dr Manvati is positive about the developments. He said that FSSAI has now realised the problem and they are trying to frame certain policies that are in line advancements in this new domain. “They are trying their best to fast track everything and I am very optimistic that something will roll out in the next couple of months.”

Will Consumers Accept It?

Lab grown food or food made using any scientific method is not easily adopted by customers, especially in India. Will cultured meat suffer the same fate as GMO?

Dr Manvati is of the opinion, “It is a tough job to convince people in India that lab grown foods are completely safe. But Generation Z does not shy away from trying out new products, either because of social media impact or a general curiosity. What bothers us is how people will react to the taste of our product. That is our primary concern. We do not want our product to face what plant based foods faced in the US. In India, plant based products such as soy has been consumed over generations. But for US and UK, soy was a new product and the first round of consumers were not repeat consumers for them, and that is what bothered them the most. This is something we are trying to understand and therefore, our approach is to launch one product and see how consumer reacts to it and then try to bring more products.”

Clear Meat is already getting enquiries for its minced chicken from various Indian FMCG players who have their own poultry farms. Dr Manvati said that cell based meat is not going to face resistance from conventional meat producers. “These players understand the notion attached to it. They understand the sustainability factor and they want such products to be promoted. People want to licence our products under their brand name. The only fear that we have as inventors or manufacturers is that how people will react to the taste. All other factors can be managed.”

India is a very price sensitive market and people often go for cheaper alternatives, especially in their grocery shopping. So, how will the cell based meat fit into the budget of Indian meat eaters?

Dr Manvati said, “When it comes to chicken, there are two particular categories in India – raw chicken and processed chicken. Raw chicken comes at INR 150-250 per kg, while processed chicken products come at INR 1000 per kg. After evaluating where we could fit, we understood that we would be better placed in the processed chicken industry. We our R&D, we have been able to achieve a price parity of INR 850 per kg. We are comfortable fitting into the processed category because then we will be able to hit the market without worrying about the price.

“Yes, it is!” exclaimed Dr Manvati. “Growing cells in labs initially requires a supply of those cells from some live animal. In our case, it is similar to taking a biopsy from a live animal and growing those cells in lab condition. The only association between our cells and animals is the biopsy.” 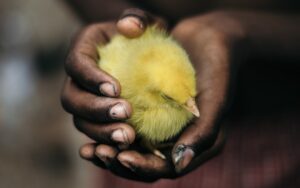 However, cell based meat is not vegan. Dr Manvati voiced his concern over this aspect and said that this fact is not being rightly portrayed within the market. “As a manufacturer, we have the responsibility to convey the right message amongst consumers. If we portray cell based meat as vegan food, it might land in a totally different space. People should understand that cell based meat is a non vegetarian food that is made in labs. It is not similar to plant based meats, which fall into vegan category.”