Founded in 2019 by Kartik Dixit and Shraddha Bhansali, Mumbai-based Evo Foods has pioneered the food technology to create hyper-realistic vegan eggs using Indian legumes. It has now entered into a cell development kit-based partnership with Ginkgo Bioworks, the leading horizontal platform for cell programming. Through the partnership, the company wants to give the world a ‘better egg’ and has been busy working towards this aim. We interacted with the co-founders over an email about the new partnership and more. Here are the excerpts:

Evo has already achieved success in replicating a hard-boiled egg. Now, it has entered into a partnership with Gingko to create “ingredients for most realistic plant-based eggs”. What would this entail?

Evo Foods’s Partnership with Gingko Bioworks will help create the most realistic plant-based liquid eggs. We will do this by creating egg proteins that give it its functionality. Through our partnership, we will create actual egg proteins, which are completely plant-based. We will be making the most realistic plant-based liquid eggs totally indistinguishable from their animal counterparts in terms of taste texture, nutrition profile, and affordability but the only difference can be that it will sustain the future population.

Liquid vegan eggs have the same functionality as conventional eggs. Why do you think the shape of the egg matters so much for consumers as we see companies around the world trying to create a replica of a regular egg?

Right from the onset, Evo’s vision and mission have been very clear. We are trying to give the world a better egg, not just a vegan egg or a plant-based egg. The most important is to have the same functionality as conventional eggs and be very similar to what the consumer wants. People are consuming poultry eggs currently, so if we want to have a significant environmental impact, we have to make the poultry egg industry redundant, and this can be done by creating better, high quality, affordable, nutritionally higher replicas of a regular egg. 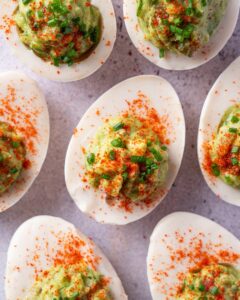 As one of the first vegan egg companies in India, how have you seen the consumer perception of these alternatives change since you first introduced the concept?

The Indian egg industry or even the Indian vegan industry as a whole is still very nascent and growing. We have definitely seen a change in perception, something that was unanticipated earlier. We have been getting emails from interesting places, for example Varanasi, where we thought the population is predominantly vegetarian, but people are reaching out to us to incorporate Evo into their diets either to increase their protein intake or because their doctor has prescribed them to consume eggs, so they can’t wait to get their hands on Evo.

You have been witnessing a lot of success with QSR launches. When can we expect a commercial launch to happen?

For our plant-based boiled egg, which is also one the first in the world, we are planning a launch in July via our website. We are super excited for the launch! 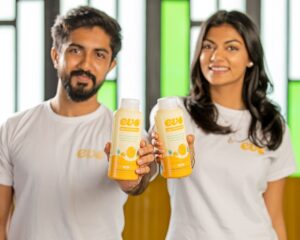 How long do you think it is going to take for Indian consumers to start accepting alternatives as regular food items? Are we moving in this direction faster than countries in the west?

India is still in very nascent stages in terms of accepting plant-based alternatives but what I feel works is when a company used native Indian plant-based ingredients such as chickpea, peas, moong beans and soya. I think the marketing in India must be different from just talking about a product directly because one needs to show people that there is a better way to eat something they are already aware of. I think since ancient times, India has been using a lot of plant-based ingredients, for example, South Indian cooking involves a lot of use of coconut milk, while North Indians use cashew cream instead of dairy; these are more evolved formats. I do feel that if we tap into how eating plant-based food goes back to our roots, it will be easier to get the Indian audience to accept it. Moreover, the population of vegans and vegan-curious people is growing very fast in India, and they drive plant-based foods’ acceptability and consumption.