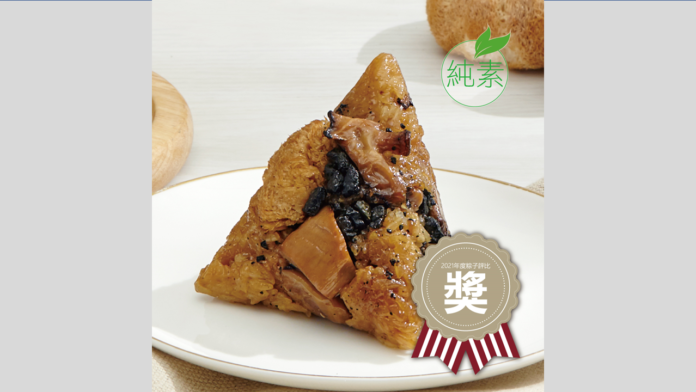 Taiwanese people would be able to get a taste of microalgae meat dumplings during the upcoming Dragon Boat Festival, a traditional holiday which falls on the 5th day of the 5th month of the traditional Chinese calendar.

“World’s first commercialization of microalgae meat. The Dragon Boat festival is coming up. Thanks to Hisn Tung Yang of Taiwan, the meat inside this rice dumpling available in grocery stores in Taiwan and online is made with our microalgae protein. Bravo to my teammates who put hundreds of hours into making this happen!!” said Eugene Wang, Co-Founder & CEO at Sophie’s BioNutrients, in a social media post.

Hsin Tung Yang, a food service company and retailer based in Taipei, has given the detailed method of preparation, which involves stir frying “fragrant old ginger with sesame oil, various kinds of shiitake mushrooms, hericium edodes, and pleurotus eryngii” and then adding “the new star of the plant meat world — microalgal protein from Chlorella!”

“The taste is soft and firm, and you can feel the chewy texture between the silky textures. After being marinated with an exclusive technique, it has aromas of pepper, cumin… and so on. It is salty and fragrant between chewing, and the aroma of sesame oil fills the mouth after the warm fragrant rice dumplings, which is reminiscent of the taste,” the website mentions.

Sophie’s BioNutrients had recently announced that it has developed a plant-based burger patty made from microalgae that has up to two times more protein than beef or most commercially available fish. The Singaporean company has also unveiled the world’s first-ever micro-algae-based milk.

Although microalgae has been consumed by humans in various forms for thousands of years, its potential in food applications has not been realised until now. Since cultivation of microalgae does not require terrestrial resources, it can be grown conveniently without compromising on the production of other crops. Owing to its high protein content, presence of various bio-active compounds, and versatility, it is being seen as one of the most promising alternative protein sources.