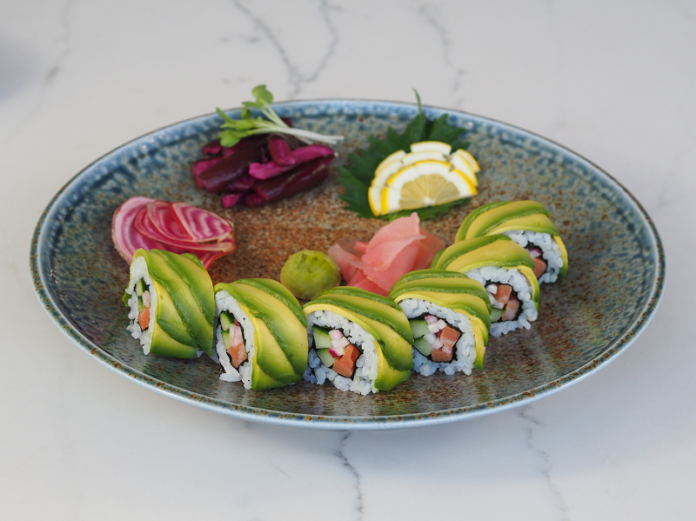 In a year that saw the entire world deal with multiple social, environmental, and economic crises, an industry broke all records in terms of investment. In a report recently released by The Good Food Institute (GFI), it has been revealed that 2020 saw a whopping $3.1 billion in investments in companies creating sustainable alternatives to conventional animal-based foods, including plant-based meat, egg, and dairy companies; cultivated meat companies; and those creating such alternatives using fermentation.

According to the data, the investment in 2020 was three times more than in any single year in the industry’s history. Of the $5.9 billion raised by alternative protein companies over the past decade, more than half was received in 2020 alone.

GFI director of corporate engagement Caroline Bushnell, said in a statement, “Over the past year, the alternative protein industry has demonstrated not only resilience but acceleration, raising significantly more investment capital in 2020 than in prior years. These capital infusions and the funding still to come will facilitate much-needed R&D and capacity building to enable these companies to scale and reach more consumers with delicious, affordable, and accessible alternative protein products.” 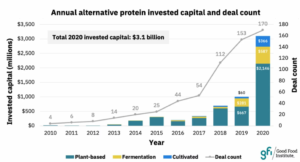 Plant-based meat, egg, and dairy companies received $2.1 billion in investments in 2020 – the most capital raised in any single year in the industry’s history. These companies have raised $4.4 billion in investments in the decade ending 2020, and almost half of it was raised in 2020 alone. Some of the most notable names in this sector include, Impossible Foods, LIVEKINDLY, Oatly, and Califia Farms.

Cultivated meat or cell-based meat companies received more than $360 million in investments in 2020, which is 72 percent of the amount raised in the industry’s history, between 2016 and 2020. This included the first two series B raises in the segment by Memphis Meats and Mosa Meat.

Fermentation companies received $590 million in investments in 2020, which is more than double the amount raised in 2019. Companies included in the list are Perfect Day and Nature’s Fynd.

Within the total investment mentioned above, in 2020, plant-based and cultivated seafood companies raised more than $80 million in invested capital. Good Catch and BlueNalu are two such alternative seafood companies that went on to raise record-sized investments.

GFI senior investor engagement specialist Sharyn Murray, stated, “The investor community is waking up to the massive social and economic potential of food technology to radically remake our food system. Early trend setters like Impossible Foods, Beyond Meat, Memphis Meats, and Mosa Meat continue to perform well, and there are more and more entrepreneurs who see the potential of alternative proteins to succeed in the marketplace while having a positive global impact on food sustainability and global health.”

The year 2020 shifted the world’s attention to the ever-increasing risk of zoonotic disease transmission or antibiotic resistance due to animal agriculture. It also made relevant the prospects of creating alternative proteins that could result in a more secure, sustainable, and just global food system. This ultimately resulted in the surge in investments over the past year that would lead to dramatic improvements in both the productivity and efficiency of our food system, along with contributing to environment protection. Investments in alternative protein innovation can stimulate economic growth, create jobs, reduce global health risk, and contribute to food safety and security.