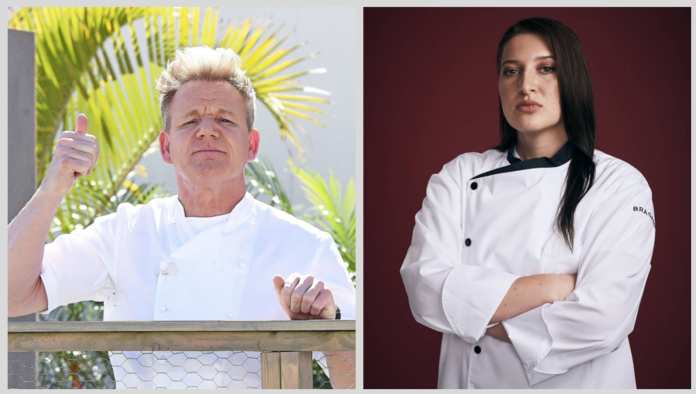 Gordon Ramsay, the acclaimed Michelin Star chef, will be judging a vegan contestant for the first time in the 20th season of Fox’s hugely popular cooking competition, Hell’s Kitchen.

The 24-year-old Michigan-based chef, Josie Clemens, is a vocal advocate of animal-free diet, and will be competing along with other aspiring chefs for the title of head chef at Gordon Ramsay Steak restaurant in Las Vegas, in addition to a grand cash price of $250,000.

In a social media post, Clemens explained: “The thing I’m most excited for about this show is the fact that 6 million people who normally watch a meat cooking show are about to be exposed to veganism….whether it be their first or their hundredth, they’re about to see veganism planted in mainstream media.”

She went on to emphasise the need for openness and inclusivity, speaking about her personal desire to see people “cross the bridge into veganism“, adding that “now is the time to unite“.

Her career as a chef commenced at the age of 15 and in an interview with Livekindly, the young chef said: “My culinary background is in French and Italian cuisine but since going vegan, I’ve dabbled with Eastern cuisines. I’ve always been drawn to the culture, even since I was a little girl. I like feeding people’s hearts by connecting them back to simpler times in their lives”.

“Being the first vegan chef means that this is a golden opportunity to lead people compassionately. So they have an opportunity to discover their innate pure nature that is connected to the Earth and all beings.”

Ramsay once said he was “allergic to vegans” but Clemens’ entry into the show is a proof that he has outgrown it!

Ramsay can be now seen slowly making a shift towards more plant-based cooking and even launched a tutorial on how to make vegan eggplant steak that clocked over 13 million views on TikTok. The 54-year-old British chef has admitted to a shift in customer preferences, adding that catering to vegans is important for every business.