With Eggs in his Diet, Virat Kohli Doesn’t Seem to be a Vegan Anymore 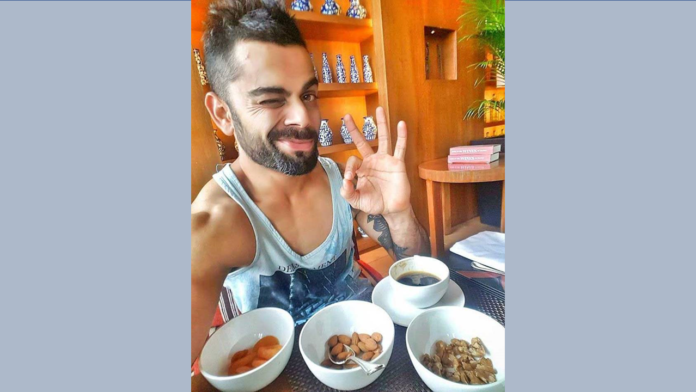 Ever since he switched to a plant-based diet years ago, Indian cricket team captain Virat Kohli had been an inspiration for vegans across the country. The self-proclaimed vegan, however, shocked his fans during an Instagram Q&A recently, wherein he revealed his new diet regimen that includes eggs!

Replying to a fan’s question on his diet, Kohli answered, “Lots of vegetables, some eggs, 2 cups of Coffee, quinoa, lots of spinach, love dosas too. But all in controlled quantities.”

This revelation came as a shock to his fans and became a butt of internet jokes since Kohli has always made headlines due to his diet.

The Indian skipper first revealed his vegan journey in an interview with a popular English daily in 2018. Since then, he has spoken a lot about the positive impact a plant-based diet has had on his health and game.

Kohli was a hardcore non-vegetarian earlier and had often expressed his love for chicken in media. However, he considered making the switch to a plant-based diet due to health issues.

His wife, Bollywood actor Anushka Sharma, has also been a vegetarian for a long time and was named as ‘Hottest Vegetarian Celebrity’ in 2015 by PETA. The couple recently opened two animal shelters in Mumbai on the occasion of World Stray Animals Day.