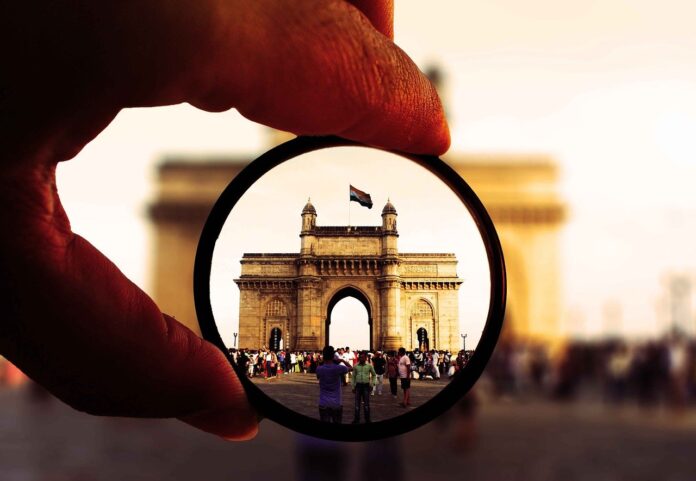 Veganuary, the global organisation encouraging people to try vegan in January and beyond, has released the results from its 2021 participant survey. More than 5,82,000 people from 209 countries and territories took part in Veganuary 2021, breaking all previous records.

According to the survey results, India has made it to the top 10 countries list of Veganuary sign-ups for the first time, and has grabbed the third spot pushing Germany to fourth. Other countries in the list include, Argentina, Chile, Italy, Colombia, Mexico and Brazil, in that order. Interestingly, India is the only Asian country in the list, while the UK and the US continue to hold the top two spots.

Amongst cities, six from India have made it to the top 15 list, including Bengaluru, Mumbai, Hyderabad, Chennai, Pune and New Delhi. It clearly shows a growing interest in veganism amongst citizens of major metros in the country.

Veganuary 2021 survey results highlight another interesting aspect. It shows that 85% percent of participants were female, while males form just 13% of the total number. In terms of motivation, almost half (46%) said animals were their number one motivation for trying vegan, followed by personal health (22%) and the environment (21%). Other reasons included for a change/challenge/curiosity (5%), global health (4%) and for a friend/partner/family member (2%). 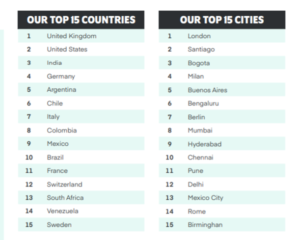 When asked about their Veganuary experience, almost two-thirds (61%) maintained a fully-vegan diet for the whole month. Before participating in Veganuary, 30% planned to stay vegan at the end of their pledge but after participating 40% now plan to stay vegan. Seventy-five percent of those not staying vegan plan to at least halve their intake of animal products going forward and 75% are very/extremely likely to try vegan again in the future.

In total, 85% of participants will permanently change their diet either by staying vegan or at least halving their intake of animal products. The number one reason people decided to stay vegan is that it was easier than expected (23%), followed by learning more about veganism (22%). Half saw some improvement to their overall health, with increased energy (49%), improved mood (46%), better skin (38%) and desired change in body weight (38%) being the most common benefits. Ninety-eight percent would recommend Veganuary to a friend or family member.

Commenting on the results, Veganuary’s International Head of Communications, Toni Vernelli, said: “These incredible results show that Veganuary really is inspiring people around the world to adopt a more planet-friendly diet with 85% of our 2021 participants planning to at least halve their intake of animal products permanently – including 40% who plan to stay fully vegan.”

She added: “We work very hard to equip our participants with as much useful advice, delicious recipes and friendly support as possible, so it’s very rewarding to know that 98% would recommend Veganuary to others! This figure has been consistent for several years, demonstrating the value of Veganuary’s work in making plant-based eating easy and accessible for everyone.”

The official Veganuary 2021 survey results can be viewed in more detail here.