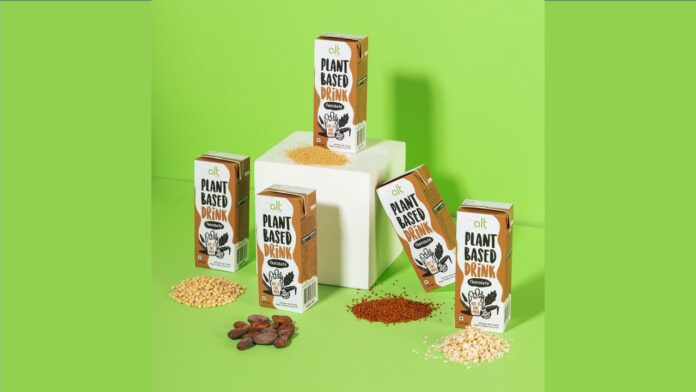 Plant-based dairy startup ‘alt foods’, supported by the Good Food Institute (GFI) India, has launched the first of its kind plant-based milk made with ingredients such as sprouted sorghum, sprouted finger millets, amaranth and oats.

Co-founded by Aman Khandelwal, Sweta Khandelwal, and Pavitra Khandelwal, alt foods was Asia’s first plant-based dairy startup to make its way to the ProVeg Incubator accelerator program. The company is uniquely positioned as its plant-based milk comes from a mix of grains and sprouted millets, in contrast to other companies that predominantly use soy, almonds, or oats.

Plant-based milk is increasingly finding its way into cafes and supermarkets across India – quickly becoming an easily-available product. As of 2020, plant-based milk represented 15% of total dollar sales of retail milk in the United States of America, and research by expert non-profit the Good Food Institute India (GFI India) and Ipsos points to the fact that we can expect similar trends in India, particularly as launches like alt foods’ lead to more plant-based milk making its way into the Indian consumer’s shopping basket.

alt foods’ plant-based milk launched through their website and online aggregators, as well as in partnership with retail stores in the Delhi NCR region. 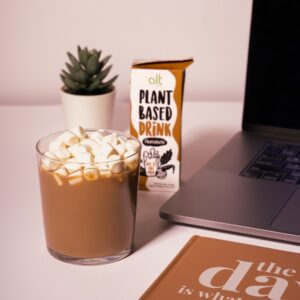 Co-founder Sweta Khandelwal shares, “With exponential interest in plant-based diets, which is increasingly becoming evidence-driven, we are witnessing a huge shift in consumption where people have started to reject animal sources of food for plant-based sources instead.”

An alternative to animal-derived milk, plant-based milk champions health and well-being while being beneficial for planetary health too. Smart protein – meat, egg, and dairy alternatives produced without industrial animal agriculture but rather through food science – is a major piece of the global fight against climate change, food insecurity, and public health crises such as future pandemics.

These transformative foods received over $3.1 billion in funding globally in 2020. Consumers recognize the impact these foods can have on the environment as well, and rate plant-based milks high on unique propositions like sustainability. Considering that the Government of India’s policy think tank NITI Aayog has identified that climate resilience is an existential need for the country, plant-based products have never been more important.

GFI India Managing Director Varun Deshpande says, “Whether in the form of next-generation meat substitutes or dairy products, plant-based foods can be a hugely lucrative category for inherently sustainable, nature-positive, indigenous crops such as millets and pulses, rewarding farmers and small entrepreneurs across India. The sector represents a major pillar of potential economic and agricultural growth for India – our next great sunrise industry over the next decades, and one which also builds environmental and public health resilience. We’re delighted to support start-ups like alt foods and bring government, industry, science, and agriculture together in a Mission for Smart Protein over the next decade!”

The launch of plant-based milk from diversified sources also strengthens the case for smart protein’s beneficial impact on nutrition and health, as millets are vitamin and mineral rich. alt foods’ milk is also free of the ‘big 8’ allergens, which include milk, soy, and nuts. The startup’s founders conducted extensive primary research before designing the product to understand and address consumers’ pain points and their mission is to create easy-switch alternatives for everyone.

Co-founder Aman Khandelwal sums up their motivations, saying, “What we understand is that to develop a breakthrough plant-based milk, we cannot just keep creating more oat, almond, and soy milks without addressing the pain points of consumers. We need to work backwards and look at the ingredients, their flavor profile, nutritional profile, environmental impact, and affordability.”

Co-founder Pavitra Khandelwal adds, “It’s an immense source of pride for us to utilize our Indian indigenous grains and millets to create the world’s first plant-based milk made of sprouted millets and grains. The future is more than just plant-based, it is sustainable plant-based.”