Miso – An Ancient Superfood That is Gaining Popularity Worldwide 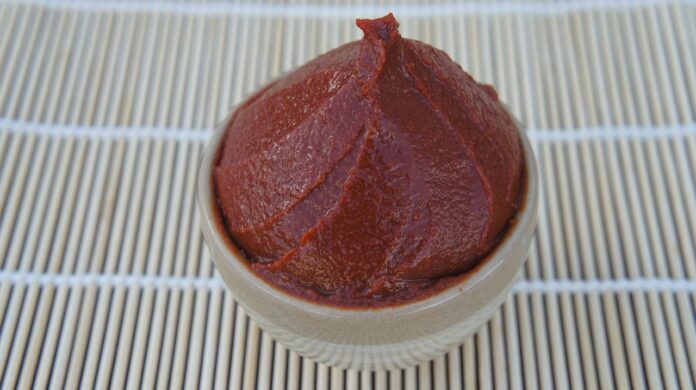 With origins in feudal Japan, Miso is a fermented paste that is prepared using soybeans, grains (rice or barley) and a fungus called Koji, scientifically known as Aspergillus Oryzae. Koji helps in providing the complex flavours to soybean and creates a thick paste that can be used in spreads, dips, soups, and a variety of dishes. Making Miso involves two processes – creating the koji, and then combining it with soybeans and rice or barley. The mixture is then left for culturing and ageing.

Miso is highly popular in Japan and is added to one of the staples – misoshiru, a nourishing Japanese soup. It is often referred to as a superfood owing to its high nutritional value. It is rich in protein, vitamins and minerals, and that is one of the prime reasons why Miso has gained immense popularity amongst vegans and those on plant-based lifestyle. Miso paste is now being incorporated in modern cooking as well and we see several food outlets and restaurants around the world including Miso in their dishes and giving it a different form altogether. In India too, people have started becoming aware of Miso and its benefits.

Miso is often differentiated in terms of its colour. It is categorised as white, yellow, red, or mixed. The colour of miso is dependent upon the duration of fermentation and the ratio of ingredients. It is said that lighter the colour of miso, milder the taste.

Miso is a cultured superfood, which means it is rich in probiotics that supports a healthy gut. It contains all amino acids that are required to make complete protein, besides having manganese, copper, and zinc. Miso is also a rich source of Omega-3 fatty acids, vitamin B12, vitamin K and sodium. It is often added after the food is cooked in order to preserve its nutritional content that might be destroyed by heat. Miso paste lends a strong earthy and umami (savoury) flavour that makes it compatible with a variety of dishes.

Indian consumers today, especially those in metros, have become experimental in terms of food. Miso is also witnessing an increase in its demand in the country, and various brands have started selling it online and even in retail stores.

It must be noted that fermented soybean is not a new preparation in India. According to Arishtam, a hobby store focused on encouraging home brewing, says, “North Eastern India also has several such indigenous styles of fermented soybeans preparations. Some notable ones are – Kinema from Sikkim, Darjeeling and Nepal. Other Miso styles include, Hawaijar from Manipur, Tungryumbai from Meghalya, Bekang from Mizoram, Peruyaan from Arunachal and Aakhone from Nagaland.”