Mumbai’s Popular Dog Café Shuts Down Due to Animal Abuse Allegations, But Are Such Cafes Even Ethical?

Puppy Cuddles Dog Café, a popular pet café located in Mumbai, has been shut down following allegations that the dogs there were being caged, hit, and denied adequate food.

The Mumbai District Society for the Prevention of Cruelty to Animals (SPCA) issued a notice to the owner and also directed that the café cannot operate due to lack of permits from relevant authorities, mentioned a media statement released by PETA India. 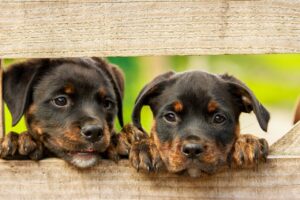 The café failed to provide dogs with adequate exercise and caged them in an enclosure that doesn’t provide sufficient opportunity for movement – an apparent violation of the PCA Act and the 2017 Rules.

What are pet cafés and why is their popularity soaring?

Humans long for animal companions but some may not be able to keep pets in their homes due to different reasons, such as budget, lack of space or paucity of time, etc. This desire to have a pet and not being able to keep one, is what makes these cafés popular.

Pet cafés are places where humans can interact with animals for some time. Research has also proved that interacting with animals puts our minds at ease and improves our mental health. Pet cafés do just that! They allow humans to enjoy with animals, mainly dogs and cats, without any commitments.

Although it may seem like a wonderful idea for humans, the same isn’t true for animals. The fact is that not all cafés are well-equipped to handle animals or have the facilities required for an animal to thrive and be happy. Considering that most cafés operate to make profits, instances of animal abuse are rampant.

Today, pet cafés are mushrooming around the world, with Asian countries taking the lead. The first animal café was established in Taiwan in 1998. Japan’s highly popular cat cafés are frequented by both local and overseas tourists, while Singapore, Philippines and Hong Kong too are cashing in on the craze.

India, though new to this, is also witnessing a sudden jump in the number of pet cafés, especially in metro cities. Some of the well-known names in this business are Therpup – The Dog Café (Bengaluru), Cat Café Studio (Mumbai), and Puppy Cuddles (Mumbai), Pawkies (Mumbai), Pawpiness (Bhopal), amongst others. A few of these pet cafés, such as Cat Café Studio, provide shelter to stray animals and allow guests to have a joyful time with the furry babies.

But what’s the problem?

Problem arises when these cafés, with an intention to make profits, start welcoming too many guests at a time. They start behaving like zoos, where people can pay a fee to interact closely with exhibits (in this case cats and dogs!). Animals are often kept in small closed areas, caged, or chained, which inhibits their natural movement.

To make visitors happy, these cafés allow them to touch and stroke animals at all times, which is overwhelming for these pets and makes them stressed. Pets need their personal space too, and territorial animals like cats can become aggressive if they do not get privacy. There have been cases where animals in these cafés have bitten visitors.

Animal rights activists also point out that the way the animal cafes operate their business is very harmful to animal safety because some animals are not quite suited for the lifestyle at the café.

A case was registered against some South Korean cafés because they did not allow the animals to sleep until the cafes shut the door late at night. This is not a sole incident. An owner of a cat café in Thailand was arrested by police due to disobedience against the Animal Protection Law as seven cats died at his café due to poor safety care.

In Japan, the government had to pass a much stricter Animal Protection Law which strengths the new rules and restricts trading hours of animal cafes. The stricter regulations intended to make sure that animals at the cafes have appropriate human treatment and care.

Another serious problem, especially in India, is that these cafés encourage pet trade and do not promote adoption of indigenous species. Most dogs in these cafés are foreign breeds, not suited to India’s climate and living conditions. One can find breeds such as Siberian Husky, Golden Retrievers, Pugs, German Shepherds, Pekingese, and Lhasa Apso in these cafés. These dogs are often bought from unethical breeders and this leads to an unending cycle of animal abuse.

There are better and ethical ways to enjoy the company of animals. You may feed stray dogs and cats in their areas, visit wildlife sanctuaries or animal shelters. Even if you want to visit a pet café, make sure to visit the ones which provide a home to strays. After all, animals are not for our entertainment!