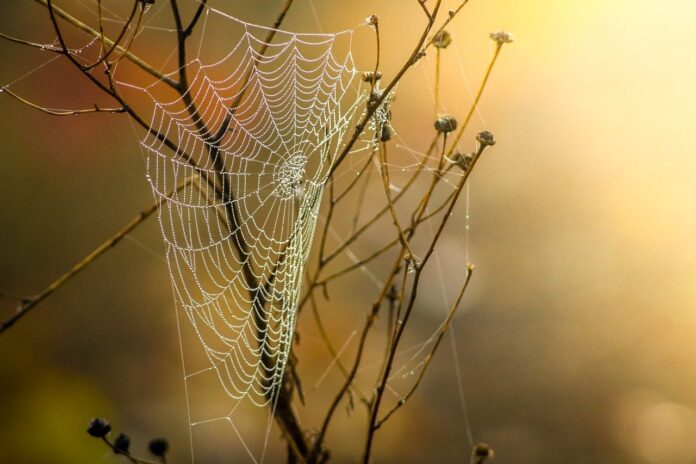 Researchers from the University of Cambridge have announced they have created a polymer film that replicates the qualities of spider silk, known as one of the strongest materials in nature.

The plant-based material is said to be as strong as plastic and has the potential to replace it in many common household applications. The energy-efficient method uses sustainable ingredients and plant proteins to create a plastic-like free-standing film, which can be produced at industrial scale.

Non-fading ‘structural’ colour can be added to the polymer, and it can also be used to make water-resistant coatings.

One of the most striking qualities of the material is that it can be easily composted at home, whereas other types of bioplastics can only degrade in industrial composting facilities. It can also safely degrade in most natural environments.

Xampla, a University of Cambridge company working on plastic replacements, will introduce a range of single-use sachets and capsules later this year, targeted at replacing the plastic used in everyday products.

Professor Tuomas Knowles from Cambridge has been researching the behaviour of proteins, and has led this research. Co-author Dr Marc Rodriguez Garcia, a postdoctoral researcher in Knowles’ group who is now Head of R&D at Xampla, decided to use plant proteins as they are abundant and can be sourced sustainably as by-products of the food industry.

The researchers successfully replicated the structures found on spider silk by using soy protein isolate since it is readily available as a by-product of soybean oil production.

“Other researchers have been working directly with silk materials as a plastic replacement, but they’re still an animal product,” said Rodriguez Garcia. “In a way, we’ve come up with ‘vegan spider silk’ – we’ve created the same material without the spider.”

According to the researchers, the new material has a performance equivalent to high-performance engineering plastics such as low-density polyethylene.

Garcia said in a statement, “It’s exciting to be part of this journey. There is a huge, huge issue of plastic pollution in the world, and we are in the fortunate position to be able to do something about it.”