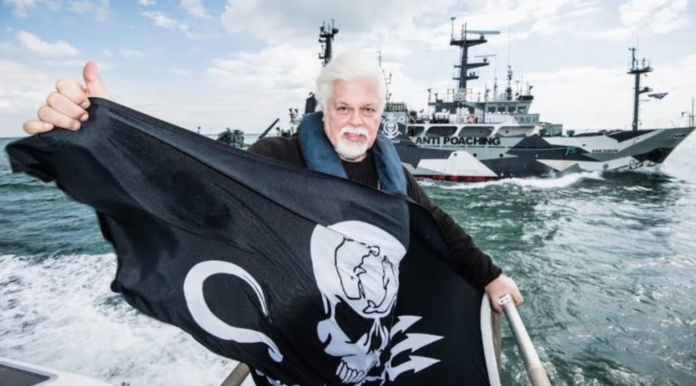 Sea Shepherd, the international marine conservation group that received global attention after the release of Seaspiracy, has hit back at critics of this documentary, calling their accusation “ridiculous”.

In a social media post, Captain Paul Watson, the founder of Sea Shepherd Conservation Society, wrote, “There is no such thing as sustainable commercial fishing. Over 2 trillion fish are taken from the sea every year and that figure does not include the 120 billion killed on fish farms. This kill is far larger than the estimated 65 billion animals slaughtered each year for meat and fur.”

“The critics of Seaspiracy are trying to say that fishing can be sustainable and necessary by pointing to artisanal and indigenous communities suggesting that the film is racist. That is a ridiculous accusation. The film is directed at the reality of industrialized commercial fishing.”

Adding weight to his argument, Watson cited how “fishermen in their tiny boats in the waters off Africa or India are not the problem.” According to him, they are, in fact, the victims of the problem caused by commercial fishing vessels, that are plundering seas for profit.

Giving his views on the traditional fishing communities in Kerala, he said that they had “long suffered from the mechanized vessels funded by Norway.”

“Commercial Norwegian fishing off India forced hundreds of thousands of Indians into poverty with the result that today Norway, the 2nd largest exporter of fish in the world (and the world’s No. 1 killer of whales) is a major exporter of fish to India. By destroying artisanal fishing, Norway reduced competition in India and increased their export sales to India. Norway is also the world’s largest producer of farm raised salmon,” he added.

"Commercial Norwegian fishing off India forced hundreds of thousands of Indians into poverty with the result that today Norway, the 2nd largest exporter of fish in the world is a major exporter of fish to India." – Captain Paul Watson. Read the article >> https://t.co/x30MGRIZKa pic.twitter.com/RzrzYxvJyF

Watson also said in his post that fish consumption is leading to worldwide destruction of marine ecosystems. It is also supporting the impoverishment of artisanal and indigenous communities, besides forcing people into slavery at sea. He highlighted how about 40% of the fish caught are used in making fishmeal to feed chickens, pigs, domestic salmon and farm raised fur-bearing animals. Additionally, 2.4 million tons of wild fish caught each year is used directly for cat food, which is more than what is consumed by all four species of seals – harp seals, hooded seals, grey seals, and harbour seals – combined.  Similarly, chickens and pigs eat more fish than all the world’s puffins and albatrosses. “This translates into a world out of balance and is an antithesis of the word sustainable,” he commented.

“In 2021, no self-respecting environmental NGO should be justifying, rationalizing and enabling commercial fishing operations. If they do so they are in wilful denial of the reality of the threats to survival of life in the sea and on land.”

Ex-Greenpeace Board Member, Watson was ousted from the organisation because it disagreed with his direct-action activism. After leaving Greenpeace, he went on to establish “Earth Force Society”, the predecessor organization of Sea Shepherd, in 1977. With support from Cleveland Amory, head of the Fund for Animals, he bought his first vessel, the Sea Shepherd. The vigilante organisation uses tactics such as throwing objects onto the decks of whaling ships, the use of “prop foulers” in an attempt to sabotage the ships, boarding whaling vessels, and scuttling. The organisation and its activities to halt whaling are the focus of a reality TV series, Whale Wars, airing on Animal Planet.