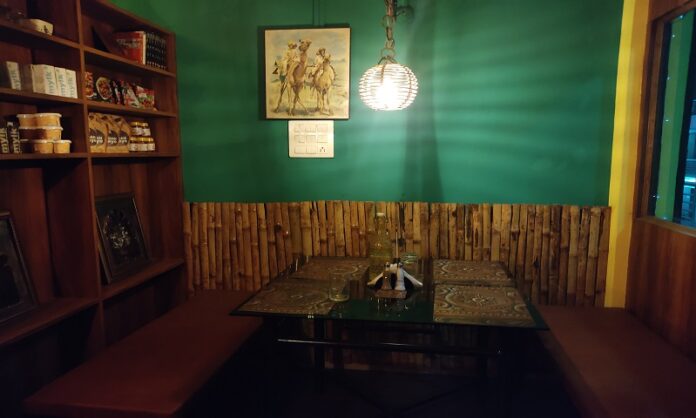 Sometimes all you need is a trip to Goa to realise that you are meant to follow your passion, not your profession! An out-of-body experience of an IT engineer during one of his regular trips to Goa led to the birth of one of the most popular vegan restaurants in West Bengal – ‘Veganation’.

Dylan, as he prefers to be called, was born and brought up in Siliguri. An IT engineer, he worked for 10 years with various MNCs in Kolkata and Mumbai. He used to frequent Goa when he was employed in Mumbai. During one of his trips to Goa, he had a spiritual experience. “I started seeing through things happening around me; it was a rise of consciousness. I started understanding how every action of mine has an impact on other things, especially on the environment. As I was realising this, more information started coming to me on similar subjects. During that time, I started doing a lot of cooking at home as I did not feel like going to office because I was not enjoying my job. There was no satisfaction in that. I was looking for something that could make me happy and make a difference in the world,” he told The Vegan Indians during an interaction.

Dylan finally left his job and went back to Siliguri. He said, “I wanted to do something in food as from my childhood, I was passionate about cooking. Even when I was staying away from my home, I used to cook for myself. I started experimenting with food, and while looking for recipes, I came across vegan recipes and vegan food. Initially I did not pay much attention to it; I thought it was some fancy term for vegetarian. Later, after understanding what veganism meant, I started reading about it in depth. It appealed to me and that’s how I turned vegan. Since I already had plans to do something in food, I decided on vegan food!” 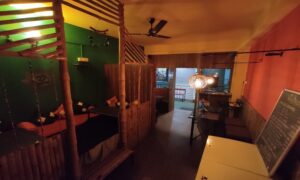 “Because of my spiritual experience, I felt even more drawn towards the cause. I have been vegan for four years now. I felt that I should play my part in making people aware about veganism because that is going to be really important in the future. That’s how Veganation was born.”

Veganation started off as a company making dairy alternative products. Dylan developed one homegrown product which tasted similar to cottage cheese. “I started off with that product and then decided to try out vegan recipes, and posted them on social media pages. I had a good online presence within three to four months.”

“Siliguri is a place where a lot of tourists come as it connects mainland India with the north eastern states. Since, I already had an online presence, foreigners started pouring in looking for vegan food. At that time, I did not have a proper restaurant. I thought that a proper place is a must where I can cater to people who come for vegan food. I set up a small place with a kitchen, where I could serve the guests,” he added. Veganation is now located at a very prime location in Siliguri.

Talking about his homegrown cheese, Dylan said, “It is a proportionate blend of soybeans and peanuts. Soy looks like paneer but it doesn’t have the fat content in it. It is very chewy, not soft. But, when you add peanut, its fat content goes up and it becomes soft. It also gets the ability to absorb the flavour of the gravy in which it is added. I am currently working on this product and I am looking at packaging and putting it on the market shelves. That is going to happen very soon!”

When asked about his future plans, Dylan said that he did not see his initiatives as a business. “For me, it is kind of a spiritual journey. I try to better myself and make more commitments. I want more people to eat vegan and I am doing everything with the same objective.”

With the same goal, Dylan has started stocking vegan alternatives to make them accessible to people. “The main hindrance is the lack of availability of vegan products in the market, especially in a place like Siliguri. Here, it is difficult to get even the commonest of products such as soy milk. When people know products are available, they feel more confident in making the switch.”

Due to the lack of availability of vegan alternatives in Siliguri, Dylan sources all specialty ingredients from a distributor in Kolkata. The retail section at Veganation is picking up and people are getting interested in these products. “When people see something is manufactured in a machine and comes in proper packaging, the trust level goes up. This often happens with food. People are now trying out these alternatives, which is a really good thing!”

“There are vegan products now available in a lot of supermarkets in Kolkata. I am working with the Kolkata distributor to make more vegan products available across other cities in West Bengal. We are also working on a website through which we can cater to customers pan India.”

Dylan said, “I started Veganation not with the aim to serve vegans but to make everyone – whether vegan or non vegan – fall in love with vegan food. I never wanted to cater only to vegans as they are already on the path I want people to take. I wanted to cater to people who are not vegans and surprise them by showing how good vegan food can be! Most of the time, people come into my restaurant not realising that it is a vegan restaurant. But when they come here, they eat the food and they love it. When I disclose to them that it is vegan, they become intrigued.”

On the future of veganism in a relatively small place like Siliguri, Dylan said that it is hard to make people understand as people do not have much access to information and education. However, he thinks that changes are taking place slowly. To promote veganism, he is trying to connect with other cafes and restaurants to encourage them in keeping some vegan options in their menu.

“Slowly, I see it is becoming a fad. People are trying to eat plant based diet due to health concerns. Dieticians and nutritionists are asking people to go dairy-free and gluten-free. I am happy that people are understanding the benefits of veganism,” he said.

Veganation’s ‘One-Man Army’ Dylan has no team. He does everything on his own, from cooking to cleaning to serving to brand promotion and marketing. But why? “Building a team is very hard as it is very difficult to find people who are dedicated to veganism.  I come across a few vegans but they are not willing to give their 100% to promote this cause. It is difficult to work with a person who is a non-vegan, simply because you cannot preach something you don’t practice. We are still looking for someone who is passionate.”