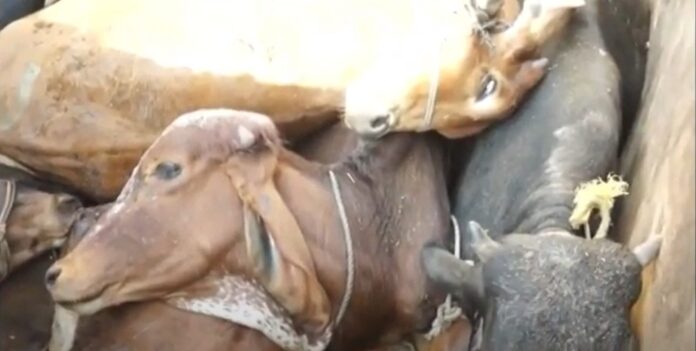 Hundreds of vegans and vegan activists came out in support of a Tweetathon that was organised yesterday by Vegan India Movement, an organisation that works towards animal rights and has been instrumental in promoting veganism in India.

The Tweetathon that started at 5 pm saw supporters using hashtags such as unholycattleofindia and whydairyiscruel. The tweets were done in response to Amul filing a case against an activist who had uploaded a video titled Unholy Cattle of India. The video made by Bengaluru Brigade for Animal Liberation (BBAL) revealed the horrific treatment of cattle and malpractices that are a norm at dairy farms in India.

Dairy animals are treated as milk-producing machines and are put to constant torture, humiliation and exploitation. To increase milk production, cows and buffalos are forcefully impregnated through artificial insemination. Male calves are separated from their mothers within 24 hours of being born and left to fend for themselves, or sent to a slaughterhouse. Most dairy farms in India, including the biggest ones, follow such practices.

Here are some of the tweets: 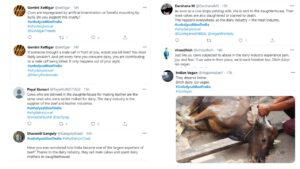