Jackfruit to be Next Big Meat Alternative, India Must Capitalise on Opportunity: abillion founder

Born and raised in a vegetarian household in the US, finding food to his liking was always a challenge for Vikas Garg, Founder & CEO of abillion, during his growing up years in New York City.

Vikas turned vegan in the year 2008 after realising that most of the messaging around dairy was dishonest and how wrongly it was being portrayed as a healthy food. His bonding with his pet dog further catalysed the switch towards a vegan lifestyle, including giving up on things that he loved, like leather.

In 2017, almost a decade after turning vegan, Vikas founded abillion, one of the world’s fastest growing social platforms for reviews and recommendations on vegan and cruelty-free products.

“I made the decision to resign from my corporate role in January 2017, and launched abillion that summer,” said Vikas in an interaction with The Vegan Indians.

“I enrolled in a Coding Bootcamp, figuring it would be useful for me to understand the basics of how the platform would work before I started building the team. I then head-hunted the two best students in that same bootcamp and the three of us set about creating the initial website, which launched in November 2017.”

abillion was, in a way, an answer to the problems Vikas faced as a vegetarian and later a vegan.

“The decision to launch abillion felt natural. I wanted to create a platform that removed obstacles, making sustainable food choices plentiful, easy and amazing, around the world!”

abillion has evolved significantly since its inception and it has grown to become a community of change-makers around the world. Today, it is a platform beyond just vegan food and restaurant reviews. “We are creating a community of people that strive to be sustainable in all aspects of their lifestyles,” Vikas said. 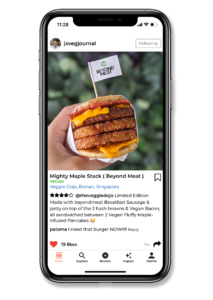 abillion has become the most direct resource for consumer reviews in the ethical, plant-based market, with nearly 1,00,000 brands from around the world on the platform. Soon, its members will be able to post about anything, from a video of them creating their favourite recipe to a discussion about sustainability.

Vikas told us that the company is now building the next generation of marketplaces to support innovation and entrepreneurship in the sustainability space.“The next step is to enable brands and the community to sell and upcycle directly through the app.”

Over 6,50,000 people around the world have downloaded abillion and in terms of user engagement, India is 18th in the world. Vikas expects to see it amongst the top 10 by the end of 2021.

Commenting on veganism in India, the abillion founder said that growing urban consumer awareness against cruelty towards animals has led to a rise in veganism in the country.

“For Indians, food habits are more of a cultural and emotional revelation than a dietary choice. Apart from political influences and religious demands, environmental consciousness and health concerns have made the vegan movement multidimensional. With several Indian brands offering vegan products and western brands like Starbucks, Domino’s Pizza and Beyond Meat launching vegan options indicate that there is a demand for vegan products in India,” he opined.

A recent survey indicates that 63% of Indians are actually willing to replace meat with plant-based options. Vikas said that vegan brands emerging in India are playing a huge part in influencing people’s diet. 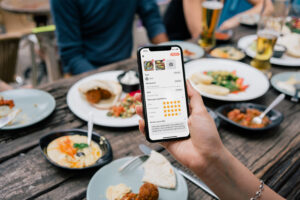 Talking about opportunities in the alternative meat space, Vikas is of the view that jackfruit is poised to become one of the next big meat substitutes and India being the world’s biggest producer of jackfruit should capitalise on its growing popularity. “Its pork-like texture is becoming very popular globally and is an easy, sustainable alternative meat option for omnivores and vegetarians.”

“People in India and around the world are connecting their lifestyles with rapidly evolving values and principles. The demand for vegan products is a massive global supertrend and we think it’s going to take over India over the next few years.”

Creating impact in the world

According to Vikas, abillion is unique in the sense that it doesn’t spend on advertising and marketing the way most companies do. Instead, it commits funds to donate to impactful NGOs and actively involves its members in helping to choose where the donations are channeled.

“We’d much rather grow by creating impact in the world. Through our giving program, we’ve partnered with over 60 NGOs globally that are creating a positive impact for children, animals and the planet.” 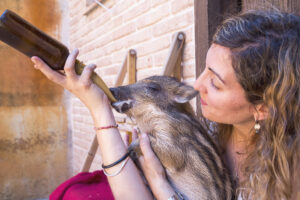 “People today are disconnected from the impact that their choices make on the environment. So, when someone chooses vegan food or makes an ethical purchase, we back it up with life-saving, world-changing impact. All they have to do is take a photo and review it on the abillion app, and they get to choose where abillion donates US $1. For as little as a dollar, a person can feed a hungry child for a day or put a girl in school, or feed, save and rehabilitate animals and sea life around the world.”

“Connecting people’s everyday choices to impact in the world is a huge step in elevating the collective consciousness of humanity,” Vikas remarked.