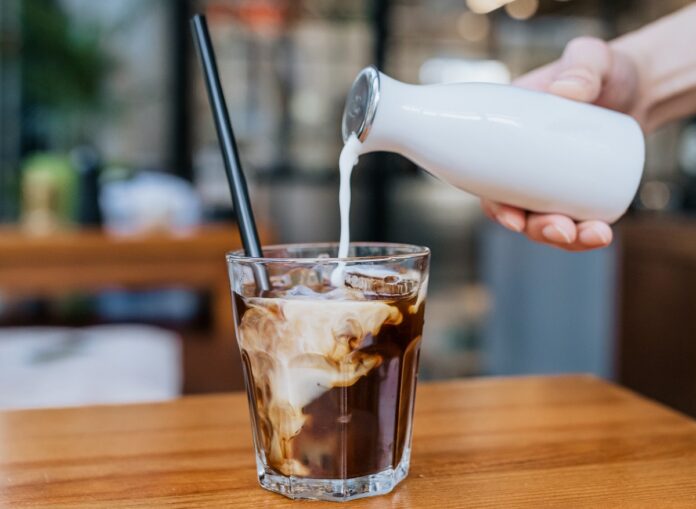 Now more than ever, we are witnessing a massive surge in the number of people switching to plant-based milk alternatives. While almond, soy and coconut milk have been driving the growth in this segment, oat milk has emerged as an outlier in the past year, creating its own space in the ever-expanding plant-based milk market.

Today, there are multiple options available in plant-based beverages but oat milk is becoming dominant because of its allergen-free nature. It is slowly becoming a beverage of choice for consumers around the world because it can somewhat replicate the taste and texture of dairy milk, besides being healthier than its other plant-based counterparts. Another important feature that makes oat milk popular is its ability to foam like dairy milk, making it suitable as a creamer in coffee.

One more factor working in favour of oat milk is the sustainability of production. Oat milk production requires the lowest amount of water and has the least environmental impact when compared to other plant-based milk variants. A life cycle assessment study by Oatly showed that oat milk production leads to 80% lower greenhouse gas emissions, requires 60% less energy and 80% less land as compared to dairy milk.

These factors have led to a significant growth of the oat milk market across the world. According to a recent report by Allied Market Research, the global oat milk market garnered $360.5 million in 2019 and is projected to generate $995.3 million by 2027, witnessing a CAGR of 13.4% from 2021 to 2027.

What is Oat Milk and Is it Healthy?

In simple terms, oat milk is a type of milk produced from oat grains. Oat milk is prepared by blending steel cut oats or oat groats (clean and toasted oats) with water, and then draining it through a cheesecloth or nut milk bag. The subtle flavour of oat milk makes it perfect for use in hot beverages such as lattes and cappuccinos. Its mild taste, coupled with its ability to foam to perfection and blend smoothly, makes it a great option for coffee lovers. Oat milk is also the perfect alternative for iced drinks such as iced coffee, iced lattes and iced macchiatos. 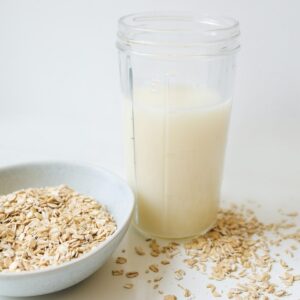 Due to the increasing awareness about lactose-intolerance and other milk-related allergies, the global oat milk demand is flourishing. According to a study by the University of Virginia’s medical department, compared to regular cow’s milk, oat milk is lower in cholesterol and saturated fats, besides having more protein and fibre than other plant-based milk alternatives. Oat milk provides more vitamin B-12 than cow’s milk and does not have any cholesterol, whereas cow’s milk contains 24 milligrams per cup. The only downside of oat milk is its sugar content, which is higher because it is made from a carbohydrate that is further broken into simple sugars.

There are ample studies to support the fact that oat milk is currently the most popular non-dairy alternative in the market. Its mildly sweet and nutty taste adds up to its flavour profile, while its sustainability feature makes it highly popular amongst eco-conscious customers.

At present, global oat milk market is made up of a few major players such as Oatly, Califia Farms, Linda McCartney Foods, and Coca Cola, while several others are eyeing this segment and planning to roll out their products in coming years.

Sweden-based brand Oatly was one of the first movers in the oat milk market that helped kick off the massive trend. The company, which currently makes only oat-based products such as milk, creamers, yogurt and ice creams, has recently gone public on Nasdaq.

Oatly also got featured in the inaugural TIME magazine’s ‘100 Most Influential Companies’ list, and the magazine lauded Oatly for “expanding an oat-milk empire”. It is one of the world’s best-known plant milk brands and has a presence in several countries in the US, Europe, and Asia. It also has tie-ups with major coffee and fast-food chains such as Starbucks.

Califia Farms is another fast-growing plant-based beverage company in the U.S. Founded in 2010 by Greg Steltenpohl, in partnership with a farmer’s co-op based in the San Joaquin Valley, Califia Farms’ manufacturing plant is powered by renewable energy and re-purposes more than 90% of its post-production by-products. It recently launched a Mushroom Oat Barista Blend that doubles as a creamer. With a year-on-year sales growth of 351%, Califia Farms continues to add new products to its product line up to meet growing consumer demand.

Linda McCartney’s, a vegan food brand, has also jumped into the oat milk wagon recently. It announced its foray into beverages with the launch of a new line of dairy-free milks across the UK. Besides barista-style organic oat milk, it has also launched three other variants such as coconut, soya and rice.

The biggest announcement in this segment, however, came recently when global beverage major Coca Cola introduced its range of oat-based drinks in the US market. Launched under its ‘Simply’ brand, the company is offering oat milk in three flavours—original, vanilla, and creamy. 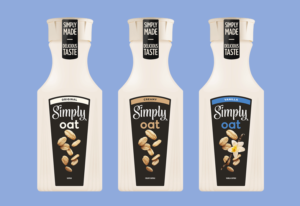 The market for oat milk is growing gradually in India as well, especially in the post-pandemic period. Some major Indian brands in this segment are Goodmylk, MilkinOats, Slicc, Bevry, and Oats Up, amongst others.

Goodmylk, one of the pioneers in the Indian plant-based space, has come a long way. It brought into the market the first variant of oat milk, which is a mixture of cashew and oats. MilkinOats and Bevry entered the Indian oat milk market around the same time last year and have emerged as two leading brands in India’s homegrown oat milk segment.

MilkinOats started as a home-based business and is today catering to customers across the country with its oat milk. It has recently launched a range of oat milk chocolates, which the company claims as ‘first-of-its-kind’ in the country. Bevry is another oat milk company that is spreading its wings fast. Besides its line of flavoured oat milk variants, the company has recently introduced several cold brew oat milk coffee flavours, keeping in mind customer preferences.

Slicc is a new oat milk brand that offers three variants, including classic, chocolate, and cashew and coconut. The company has a subscription model with three types of monthly plans. Oats Up is another upcoming brand that is going to launch its products in Jaipur soon. As per available information, it will launch three flavours – coffee, chocolate and strawberry.

With all these brands vying to grab a chunk of the Indian oat milk market, while several others making beeline for the same, there won’t be a dull moment for this growing segment in India.