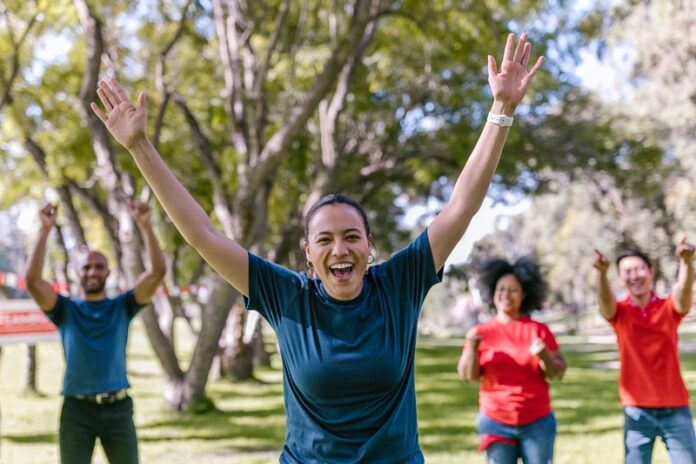 World Vegan Day is here and we cannot keep calm!

So, we decided to do a story on how the year was for vegans and veganism. Are we winning, just starting or already there?

Make your mind after going through the points below, which mention some of the biggest moments for veganism in 2021 both in India and elsewhere!

For the first time in its history, New York’s largest fundraising event Met Gala featured a 100% plant-based menu at its 2021 edition. The decision to offer a plant-based menu was in line with modern American appetites – a shift away from meat towards more plant-based foods.

Eleven Madison Park, a New York-based fine dining restaurant often known as the ‘world’s best restaurant’ with three Michelin stars to its name, announced that it is turning its menu completely vegan from June 2021. Despite the $335 menu, the restaurant has witnessed its waitlist exceed 15,000 after turning its food menu vegan.

One of the most-awaited developments in the global plant-based foods industry saw the light of the day in May this year, as Oatly started trading on the Nasdaq Stock Market. The company’s stock is trading under the ticker symbol ‘OTLY’. With its IPO, Oatly will be joining a growing list of plant-based companies that have made successful debut in the stock markets over the past few years. Some of the most notable ones include, Beyond Meat, Ingredion, Laird SuperFood, The Very Good Food Company, Else Nutrition, and Vital Farms, amongst others.

McDonald’s Launches its First-Ever Vegan Burger with Beyond Meat

Making its foray into the vegan burger market, McDonald’s rolled out McPlant in the United Kingdom and Ireland this September. Developed in partnership with plant-based meat company Beyond Meat, the burger is 100% vegan. The cheese used in the burger is made using pea-protein, tested to match the taste of the chain’s regular cheese slices. Fully accredited as vegan by the Vegetarian Society, the burger comes with vegan sauce instead of the regular egg-based mayonnaise.

The End of Fur in Fashion

2021 saw several big fashion houses announcing that they would no longer be using fur in their clothes. Kering – the parent company of luxury brands Gucci, Balenciaga, Saint Laurent and Bottega Veneta, vowed to phase out animal fur use by next year. Besides Kering, other top labels discontinuing the use of fur include Valentino, Oscar de la Renta, Saks Fifth Avenue, Canada Goose, Holt Renfrew, Alexander McQueen, Canada Goose and more. In another historic development this year, Israel became the first country in the world to ban the sale of fur. The initial proposal aimed at the ban had received overwhelming support from 86% of Israelis.

India Gets an Exclusive Vegan Logo

In what could be termed as the biggest win for veganism so far this year, Government of India released draft regulations for labelling and packaging requirements of vegan products, and also released a logo meant exclusively for vegan food products. The new logo’s Green colour and the leaf depicts that the ingredient/product is of plant origin, while the letter ‘V‘ identifies the product as ‘Vegan‘.

In a one-of-a-kind pledge by political leaders, several Members of Parliament (MPs) from across party lines pledged to eat vegan on the occasion of World Environment Day to raise awareness on how incorporating more Earth-friendly foods in our diets could help save the environment. The MPs who participated include, Maneka Gandhi, Shafiqur Rahman Barq, Bellana Chandra Sekhar, Ajay Bhatt, Anuradha Chinta, Sunita Duggal, Vijay Hansdak, and Kaushal Kishore.

Veganism in India Gets the Much-Needed Celeb Hype

In a power-packed launch that attracted the attention of masses in India, Bollywood couple Riteish & Genelia Deshmukh announced the roll out of their plant-based meat startup Imagine Meats in Mumbai in September this year. An icing on the cake was that Bollywood’s superstar Shah Rukh Khan announced the launch on his social media channels making terms like vegan and plant-based popular amongst his millions of followers.

This year, some of the top celebrities from across different fields announced the launch of their own vegan startups or invested in vegan companies. These include, Rapper Jay-Z, Rihanna, Robert Downey Jr., Jaden Smith, Drake, Naomi Osaka, Post-Malone, Priyanka Chopra, Twitter founder Jack Dorsey, Reddit co-founder Alexis Ohanian, amongst others.

Some of the top companies in the Indian plant-based space – Goodmylk, Mister Veg, Proeon, BVeg, GoodDot, Zouk – successfully raised funds to expand and diversify their businesses.

India Gets its First Venture Fund Focused on Vegan Startups

Ahimsa VC is India’s first venture fund focused on reducing harm to the planet, animals and human health. The newly launched fund focuses on pre-seed and seed stage Indian companies that are working to replace animal products in the food and materials sectors. The idea behind the firm is to accelerate the growth of startups leveraging technology to build better solutions to industrialized animal agriculture.

Obama’s 60th birthday bash menu was completely meat-free and featured a range of plant-based dishes, made using products from leading brands such as Impossible Foods, Eat Just, and Perfect Day.